Please pray for the eternal rest of Brian Bull aged 87 who passed away peacefully this morning in the company of his loving family.

He is the father of Wayne Bull AFSC. Brian had been in poor health for three years and is survived by his wife of 67 years Pat and son Wayne.

We pray for Brian's eternal rest and for the Bull family.

Posted by Anne Walker on 14 January 2021
Yesterday, 11 January 2021, Pope Francis released his latest Motu Proprio, Spiritus Domini, which Emma Carolan has now considered. The key points in Pope Francis's latest Motu Proprio are: Lector and Acolyte roles are open to both lay men and women, on a permanent basis The Motu Proprio marks a formalised and institutionalised recognition of female participation Francis explains that "new paths for ecclesial ministry" need to be considered Lay ministries are...
Continue reading
Subscribe via RSS
Tweet

Posted by Br David Hawke on 25 December 2020
CHRISTMAS MESSAGE TO THE DISTRICT Season's greetings to Lasallians across the District. I read and hear often that 2020 is a year that we would rather forget but if we stop to think so much has been achieved in the mission across the District albeit in very challenging and unexpected circumstances. Recently I was sent a what's app text which read: "I thought 2020 would be the year I got everything I wanted. Now I know 2020 is the year I appreciate everything I have." Hen...
Continue reading
Subscribe via RSS
Tweet 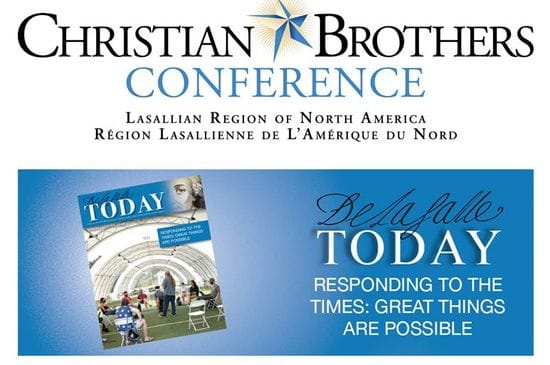 The latest issue of De La Salle Today is now available, which is a combination spring-autumn publication themed "Responding to the Times: Great Things Are Possible." We typically print De La Salle Today in the spring and the fall. As we prepared to go to print in the spring, most ministries closed their doors as COVID-19 spread. So, we decided to hold this issue and update our content to tell the stories of today. We kept our spring content, which celebrates the theme "Great ...
Continue reading
Subscribe via RSS
Tweet

Posted on 16 December 2020
"Dear Lasallians, Sixty years ago, with great courage and enthusiasm, I began my educational apostolate and, from that first moment, it was my responsibility to work alongside and "with" lay teachers. I had great empathy with them. The Second Vatican Council came and I devoured the texts. I was impressed by "Perfectae Caritatis" and "Gaudium et Spes." After the Council, our General Chapter of 1966-7 and the text "Declaration of the Brother in the Worl...
Continue reading
Subscribe via RSS
Tweet 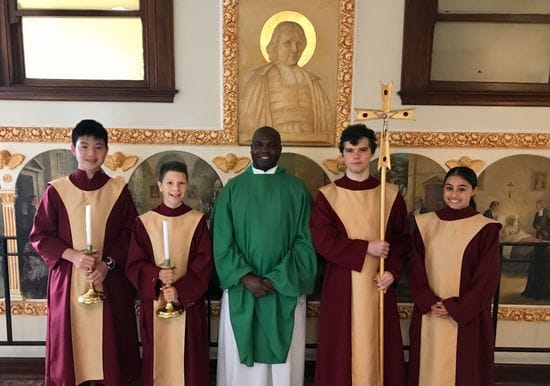 Oakhill College offers education in the Lasallian style to students, from the booming north-west Hills district of suburban Sydney. The College was founded by the De La Salle Brothers as a boys' boarding school with four students in 1936. The property of Edward Cox, a shipping magnate, had been bought in 1932 as the "Training College" for new Brothers. Today, there are 350 students at senior level, girls comprising 110 of that cohort. Recently, a girl student has become an a...
Continue reading
Subscribe via RSS
Tweet

Posted by Leiao Gerega on 10 December 2020
An office cleaner' many years of humble servitude paid off handsomely when he witnessed his twin sons rake in the award at the De La Salle Secondary School grade 12 graduation in Port Moresby. According to his account, it was a tough journey for the twins after they lost their mother in 2013 while doing grade 7, and were raised single-handedly by him, while he worked hard to pay their school fees every year. Continue reading    (Source: Leiao Gerega - https://postco...
Continue reading
Subscribe via RSS
Tweet
< Previous | 1 | 2 | 3 | 4 | 5 | 6 | 7 | 8 | 9 | 10 | Next >