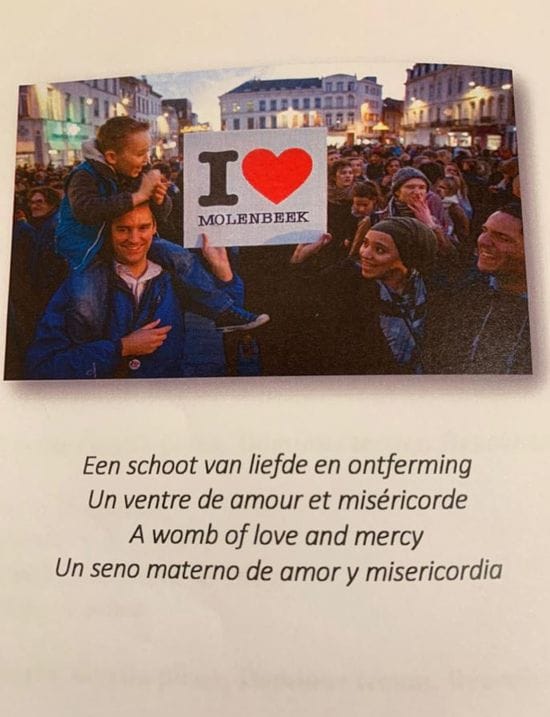 The General Chapter of 2014 decided to celebrate the tercentenary of the death of Saint John Baptist de La Salle (1719-2019) with creativity and courage. Two proposals called on the Brothers to go "beyond borders" and open new educational projects in each of our five Lasallian regions.

Proposal number 19 states that: "Each Region of the Institute, before the intercapitular meeting, sets in motion a new initiative which effectively responds to one or the other need expressed in the metaphor of the border and determines the process to establish and manage it ". Proposition 27 adds: "The center of the Institute will guarantee the existence of an international community of Brothers and Volunteers in each Region in order to offer a place of vocational discernment within the framework of a significant community life at the service of the most poor".

Over the past years, the different regions of the Institute have responded to this call by creating new educational centers: the RELAL region in Tabatinga (Brazil); the RELAF region: in Rumbek (South Sudan) and Issa (Ghana); the PARC region with the "Bamboo School" in Thailand, and Hohola, in Papua New Guinea; the RELAN region with "De La Salle Blackfeet "in the United States and "The Other side" on the United States-Mexico border. In the RELEM (Europe-Mediterranean) region, there are already many initiatives that make explicit the metaphor "beyond borders." They all meet the following criteria: internationality, diversity, periphery, immigration, intercultural or inter-congregational character.

But RELEM has, however, decided to create a new international community where Brothers and lay people share faith, life and mission, in a region where the presence of Brothers is a very fragile reality with an average age of 85 years and where the charism of Lasallian education can continue to offer the best of itself. We are talking about  the "Adrien Nyel Project", and the site chosen by the conference of Visitors has been Molenbeek (Brussels). Without a doubt it is a place "on the border" in terms of cultures, religions, societies and educational oportunities...

Why the name of Adrien Nyel? Adrien Nyel (1621-1678) is considered by the De La Salle's biographers as his precursor, "the first Brother of the Christian Schools" according to some (CL 7, p. 282), an essential person in the experience of our origins.

He worked at the Bureau for the Poor in Rouen. His name reminds us that with him "it all began". Adrien Nyel was an experienced schoolmaster who accompanied the young La Salle's first steps in the world of popular schools in Reims. His educational zeal led him to develop the first network of schools. This new project Molenbeek is therefore intended to be a "new beginning" inspired by the origins of the Institute and adapted to the reality of today's world.

Why in the Molenbeek neighborhood in Brussels? The Brothers arrived in Molenbeek in 1896. There developed, with the help of the parish priest, one free school for destitute children and another for children who could pay for their schooling, which made it possible to support the most disadvantaged. Over the years, the Brothers were able to acquire the adjacent land and the center eventually became one of the best technical schools in Brussels.

Today, Molenbeek is a district of 95,000 inhabitants, located west of Brussels, 30 minutes from downtown. The neighborhood made world headlines due to the 2016 terrorist attacks. With 24 mosques, Muslim residents are around 40% of the neighborhood population. The vast majority of them are well integrated in the country and are fighting for a decent job in a neighborhood that wants to be free of drugs, crime and Islamist extremism. In the 1950s the Belgian working class gradually left the neighborhood giving way to the Maghrebians. Almost half the population comes from Morocco, mainly from Tangier, Tetouan and the Rif. A minority of foreigners also come from Congo, Romania, Poland and Turkey.

These demographic changes were the cause of the gradual disappearance of students in our schools, to the point of having to close it. However, the community of the Brothers continued to live and work in the neighborhood. The technical school building was sold to OXFAM but the community house remains our property and will be dedicated to the service of our Beyond the borders project.

The new community of Molenbeek will have to discover its mission little by little with boldness and creativity, always in contact with the people, the local Church, the civil society, environmental solidarity organizations and community organizations that already exist on the site.

Ours is a socio-educational project that includes all kinds of training, activities or workshops, intended preferably for children and young people, but also open to their families. Three Brothers (from Colombia, Burkina Faso and India) have already been appointed to the new community, which will also be open to volunteers from all over the world.

The costs of renewing the building has been very high and so will be the project itself. At this the moment no funding has been found outside the Institute of the Brothers, but following the experience of Saint John Baptist de La Salle, we know that, in his own words, "God never abandons his work" whenever it has to do with the education of the most vulnerable, "the children of artisans and the poor".

We hope that the new community will settle in Molenbeek along the month of March 2021. The chapel of the center has already been blessed on January 30th,  the feast of Saint Brother Mutien-Marie whose sanctuary is in Malonne, Belgium. In addition, this year 2021 we will becelebraing 125 years of the Lasallian presence in Molenbeek.