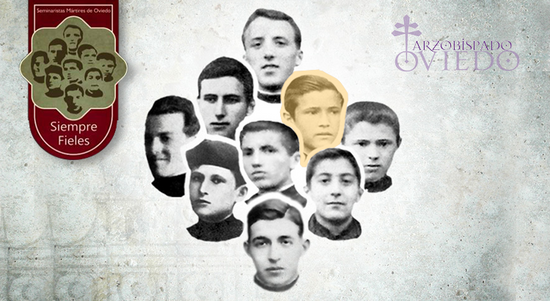 On Saturday, March 9, at the cathedral of Oviedo, Spain, 9 seminarians, killed during the religious persecution of 1934, were declared blessed. Among them was Juan José Castañón Fernández, a former student of our college, Saint James the Apostle, in Caborana.

Born in 1916 he was murdered on October 7, 1934, at just 18 years of age. The cause of his martyrdom and of this group of seminarians was led by the Postulator of our Institute.