A teaching Brotherhood finds its identity 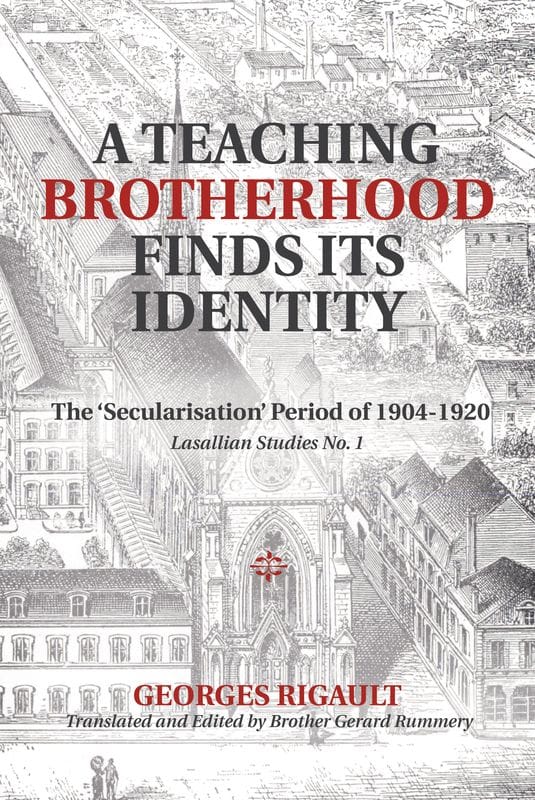 Why the 'Secularisation of 1904' book is important

I was privileged to read Rigault's original 1953 manuscript as a member of the CIL staff in 1973. As a member of the General Council, I voted for its publication with accompanying documentation in 1989. It impressed me deeply as an important part of our family history, because while it clearly showed a significant lack of leadership by Superior General Gabriel Marie and most of the Assistants, I was at times deeply moved by the intuitive fidelity of so many 'ordinary' Brothers as to what their vocation meant for them. The Institute in France survived because of them.

I would like to offer my personal evaluation of why I have considered the book as sufficiently significant to warrant an English translation. Rigault as a historian uses the separate chapters to examine the basic history from a number of different viewpoints. But the merit of the book is that the greater part of the book is made up of the individual stories of Brothers confronted by a challenge that threatened their life choices. The 4000 or so Brothers, who either freely chose exile or were directed to do so rather than give up their religious habit and community life, are rightly honored for their legacy around the Lasallian world. The Institute became more international because of them. But the ones who were prepared to secularize themselves, as that is what their own intuition and what the local bishops and clergy wanted them to do in order to keep the schools going, were often misunderstood, even reviled. This was especially difficult when Pope Pius X in 1905 advised the Superior General, Gabriel-Marie, that maintaining religious life should be a higher priority than maintaining the schools, thereby endorsing the "two ends" of any religious life as a "higher state."

The book is certainly not a "page turner."The reading of these individual testimonies, given over 40 years after the events they describe, shows how inadequate the Institute's top leadership was after Brother Exuperien's death so that we owe the survival of the Brothers in France to the dogged fidelity of many 'ordinary' Brothers until the gradual emergence of Brothers Imier de Jesus and Allais-Charles. The example of those who stayed eventually led the Institute from the stagnation period immediately after the Second World War to the 1966-7 Chapter that followed the Second Vatican Council. It was the statement of our identity through the Declaration that finally destroyed the idea of the two aims of religious life - self-sanctification in a superior state and some apostolic work that had always to be put aside if the first aim was threatened.

What began for me as a service to our Brothers whose main language is English eventually became for me a labor of love and admiration as a tribute to Brothers whom I never knew.

Brother Gerard Rummery is an Australian De La Salle Brother and an internationally respected Lasallian academic and an experienced teacher in primary and secondary classes. After completing his doctoral studies in Europe, Br. Gerard directed the International Lasallian Centre in Rome and served from 1986-2000 as an elected member of the General Council of his Institute. In 2015, Br Gerard Rummery was acknowledged through the naming of an institute in his honour, The Gerard Rummery Institute of the District of ANZPPNG, an accrediting body for Lasallian Formation and professional development programs conducted by Lasallian Mission Services, on behalf of the Lasallian Mission Council.

To purchase a copy of  'A Teaching Brotherhood Finds Its Identity: The 'Secularisation' Period of 1904-1920' or head to www.lulu.com