A Tribute to Br Chris Gorringe 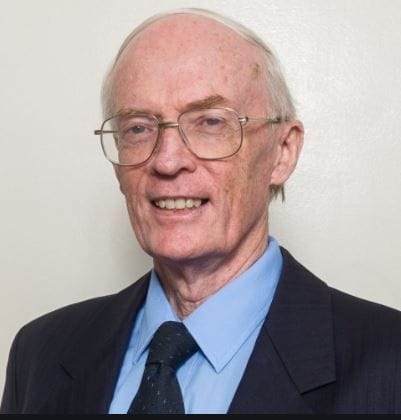 I would like to take a little time to reflect on the passing of our dear friend and colleague, Br Chris Gorringe.  Firstly, on behalf of the Mission Council, David I want to express our deepest sympathy and prayers on the passing of your brother, Chris.

Three words come to mind when I reflect on my interactions with Chris:

Chris was an extraordinary person.  An immensely private man who at the same time was charming and engaging. I know that several of you did not even know that Chris was sick until he went into palliative care.  He wanted no fuss; he just wanted to get on with his work without bother or distraction.

The day that Chris passed, I wrote to David.  I hope that he won't mind me sharing with you some of my reflections:

Death brings so many things into laser like focus. Ultimately, it is the realization that we have lost someone so very special to us.

While Chris made so many significant contributions to the District, it was clear that he was totally loyal and committed to you as Visitor. You were a formidable partnership.

Chris will be remembered for many things, but I think his work in putting into reality your dream of LMC will be among his most enduring legacies.

I will pray not only for his soul, but also for you and your fellow Brothers as this time of great sadness and loss.

As we gather as the Lasallian Mission Council for the District of Australia, New Zealand, Pakistan and Papua New Guinea, let us never forget that this group is unique in the Lasallian word an authentic manifestation of lay people and Brothers working collaboratively for the Mission.

When David became Visitor he was absolutely committed to seeing this Council become the premier body for the delivery of Mission within the District.  A dream is important, that's what leaders need to do.  But of course, an astute and visionary leader realises that he or she needs to have someone who can translate dreams into reality.

David clearly knew that in Chris Gorringe he had someone who had the intellect, energy and capacity to meticulously plan and execute his dream; from skirmishes with fellow Brothers at Chapters to negotiating with lawyers, education and government authorities, Chris was the master builder as David was the visionary architect.

Appropriately, Chris was the foundation Chair of the Lasallian Mission Council.  I was delighted that he stayed on as Deputy Chair upon my appointment as Chair.  However, Chris' contribution was not just limited to the Mission Council.  I read a recent document from David that identified 13 keys responsibilities that Chris fulfilled within the District.  No one person will be able to fill these duties -  David knows only too well the gargantuan shoes he has to fill.

The last time I spoke to Chris was at our November meeting at what would be his last LMC meeting.  We shared occasional emails and as his health challenges heightened he faced his mortality with calmness and resignation.  He was very apologetic that he couldn't attend our February meeting, but in what was the first ever LMC meeting without a Brother LMC Director present, this fact gave symbolic manifestation to the David's vision and Chris' untiring work the responsibility for the mission of the Institute is one that is shared and not the sole domain of Brothers.

I conclude with the words of the poet Jean de La Fontaine who lived in France at the same time as the Founder.  Fontaine commented that "Death never takes the wise man by surprise, he is always ready to go." I know that Chris was a wise man and that he was ready to join the Lord.

Live Jesus in our hearts, forever.