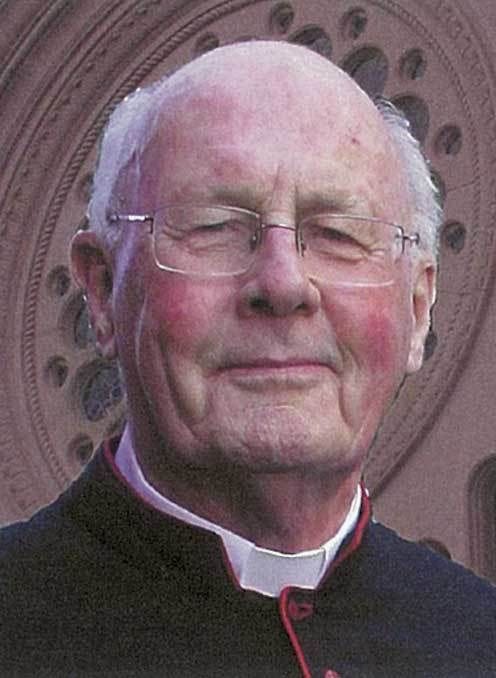 Across the Catholic Diocese of Auckland, Monsignor Brian Arahill is widely known and respected for the great contribution he has made to parish life over nearly six decades.

During his 25 years as parish priest at St Michael's in Remuera, Monsignor Brian earned widespread praise and affection for his strong pastoral approach to his ministry and for his outreach to the marginalised, including those affected by addiction.

He also spent 18 years as Administrator at St Patrick's Cathedral in Auckland where he worked as Director of Liturgy and as a Member of the Diocesan Vocations Team.

One of the highlights of his time in this role was stepping into the challenging task of coordinating the national liturgical celebrations for Pope John the Second's visit to New Zealand in 1986.

Monsignor Brian has felt a strong affinity with the De La Salle Brothers over many decades which began when he was asked to fill in for the Bishop of Auckland at a confirmation mass at De La Salle College Mangere.

"I was later asked to come over to the Brothers' community at Mangere and help lead retreats there and also retreats at another community at that stage at New Plymouth", Monsignor Brian explains.

"I've always greatly admired the sense of unity that's evident in the De La Salle Brothers and the way Brothers from Australia and Papua New Guinea are made to feel welcome here in New Zealand".

Monsignor Brian was honoured to have been made an Affiliate of the Institute of the Christian Schools in recognition of the high esteem he is held in by the De La Salle Brothers and Lasallian partners in New Zealand.

He retired from active ministry last year and lives at a retirement home for priests in Auckland, St Jean Vianney House.

"I actually started recently to re-read the 'Life of John Baptist De La Salle' and I see him very much as a role model in my life in the way he was so committed to serving those in greatest need", Monsignor Brian said.

The Auckland priest has drawn on the example of St La Salle through his work with Alcoholics Anonymous since the 1960s, offering support to generations of New Zealanders affected by alcohol addiction.

"It's all about touching hearts with an open ear and allowing the other person to share their story and their personal struggle with you", Monsignor Brian explains.

"De La Salle walked and lived alongside those in need and gave up his own personal wealth to serve the poor which makes him such a powerful role model for us all".