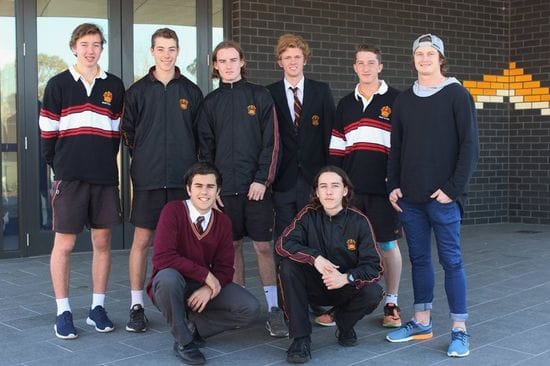 Carlton star Liam Sumner received a warm welcome from students and staff when he paid a visit to his old school, St James College this month.

The promising midfielder graduated from the East Bentleigh school in 2009 where he had a strong mentor in his football coach on staff, Mr Paul Riley.

Liam was drafted to the Greater Western Sydney Giants in 2011 with the number 10 draft pick.

He sustained many injuries and was restricted to 12 senior games during his four years with the Sydney club.

A lightning quick winger, Liam was traded to Carlton this year and has performed particularly well this season, scoring a number of goals for the Blues.

Liam said he enjoyed his years at St James College and it was great catching up with his old teachers.

He also enjoyed seeing the great progress made towards the construction of a new Visual and Performing Arts Centre at the Year 7-10 boys school, which is expected to open later this year.