Home >  Blog >  Anniversary of the passing of Br Paul Kent

Anniversary of the passing of Br Paul Kent 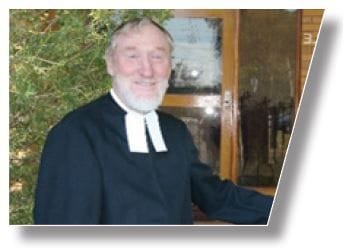 August sees the anniversary of the passing of Br Paul Kent, a much loved Brother and stalwart of St Michael's College. We thank God for the many gifts He gave Br Paul and for enabling Br Paul to use those gifts to bring much joy, hope, encouragement and love into so many lives. The following, from Br Paul's Eulogy, provides some insight into the man and an opportunity to remember and acknowledge his commitment to the Lasallian mission...

"Br Paul was born in Newcastle, north of Sydney on 20 June 1946. The family moved to Orange, west of Sydney, where Paul went to the Brothers' School. On finishing school he decided to become a Brother in 1963. In 1964 he took vows of Chastity, Poverty, Obedience, Association for the Service of the Poor through Education and Stability and renewed them each year until December 1971 when he made these vows for the rest of his life.

Br Paul was a teacher for just over 40 years. Almost half of that time was spent here at St Michael's, first at Beverley in 1973-1975, again at Beverley in 1991 and 1994 and finally at Henley Beach from 1995 until the end of 2009. For some years he taught Aboriginal children in Western Australia in three different places. As a result, Br Paul became a fierce supporter of the Aboriginal people, their rights and their needs. He also had some years teaching in Queensland as well as New South Wales.

Br Paul was a dedicated teacher. He paid special attention to those students who found school difficult either because of a struggle to learn or because of difficulties at home. Paul went out of his way to help these students, encouraging them when there were small successes and doing all he could to bring some joy into unhappy young lives. The slow learner, the "outcast" were his favourite students. He would stand up for them if he saw them belittled or disregarded by other teachers who regarded them as nuisances. He would be prepared to take the Principal to task if necessary to defend his special students.

With these students in mind, he improved his Educational Qualifications. Commencing in 1995, he obtained a Graduate Diploma in Religious Education, a Bachelor of Education both from the University of South Australia as well as a Bachelor of Education in Special Education and a Masters Degree in Special Education from Flinders University. All this was done while teaching here at Henley Beach. Br Paul made good friends wherever he went. If you became a friend of Paul, you were a friend for life. He was very loyal to his friends. He would mind animals, keep an eye on houses, water gardens, chop wood, go camping, help paint a house, organise a BBQ: nothing was ever a trouble and if it was, Paul would never tell you.

He enjoyed life and brought much joy into the lives of many people. He greeted everyone: shop assistants, bartenders, mechanics, council workers. Every weekend he visited a Southern Cross Nursing Home where he brought laughter into the lives of frail, elderly people. For a few, he was their only visitor.

People in authority be they Principals, Provincials of the Brothers or Leaders of the Brothers' Communities could find Paul difficult at times. He was a 'free Spirit" not always in agreement with the 'establishment'. He liked doing his 'own thing'.

When the St Michael's College community farewelled Br Paul at the end 2009, no one would have thought that he would have passed away in just over six months. Paul was transferred to New Zealand mid-January 2010 and toured the South Island on his motor bike for two weeks. During his travels, he began to feel unwell, but was determined to finish the tour. On arrival in Auckland he was taken to the local doctor who took some tests. Within 48 hours Br Paul was told to report to the Auckland Hospital. Tests had shown an advanced stage of leukemia. Chemotherapy was commenced in the hope of arresting its progress and in the remaining months Paul was a frequent visitor to hospitals. Br Paul's body was broken but his spirit was as alive as ever.

Br Paul died peacefully on 5 August 2010 a few weeks after his 64th birthday. His instructions for his funeral were: "Make it short and, for God's sake, don't make me out to be a saint because you know that I'm not!"

Those who knew Br Paul miss him very much but lives are richer because Paul was part of them."