Home >  Blog >  ANNOUNCEMENT: Relics of St Thérèse of Lisieux to return to Australia in 2020 pilgrimage with parents Sts Louis and Zélie Martin

ANNOUNCEMENT: Relics of St Thérèse of Lisieux to return to Australia in 2020 pilgrimage with parents Sts Louis and Zélie Martin

Posted by Catholic Mission on 24 October 2019 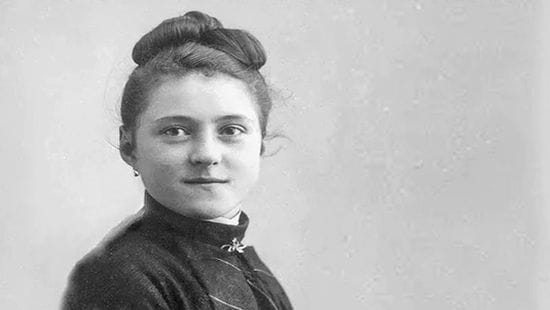 For the first time in 18 years, the relics of St Thérèse of Lisieux, one of the most popular saints of modern times, will visit Australia next year on a four-month pilgrimage with her parents, Saints Louis and Zélie Martin.
From February through May 2020, the family's relics will travel to Queensland, New South Wales and ACT, Victoria, Tasmania and Western Australia.

The pilgrimage was officially announced by Catholic Mission, who are partnering with InvoCare to bring the relics to seventeen Australian dioceses in both metropolitan and rural areas.

The announcement coincides not only with the feast day of St Thérèse of Lisieux, but also the beginning of the global celebration of the Extraordinary Missionary Month. St Thérèse, known as the Little Flower of Jesus, is the patron saint of mission.

'As the Pope's own mission agency, we are very pleased to be able to partner with InvoCare, who will undertake the secure transport and housing of the relics, to bring this opportunity to Australians,' said Father Brian Lucas, National Director of Catholic Mission.

InvoCare has funeral home locations across Australia and memorial parks in New South Wales and Queensland that will support the pilgrimage.

'We are proud to partner with Catholic Mission and the community in each location the family's relics will travel to,' said Damien MacRae, InvoCare Chief Operating Officer. 'Our people and our funeral homes are deeply embedded in the local communities and are well positioned to support the transport and access for the Catholic community at each location.'

The relics of St Thérèse of Lisieux last came to Australia in 2002 where they were met with an outpouring of adoration among the faithful in Sydney. 'The plan at St Mary's Cathedral was to have a mass and about three hours of veneration,' recalls Father Lucas.

'As it happened, more than 20,000 people passed through the cathedral, which remained open for 36 hours straight. There were also 400,000 people who venerated the relics nationally.'

The devotion to relics among many Catholics is complex, but Father Lucas likens it to a secular example. 'People might go to a charity fundraiser and bid for a footy jersey signed by the team; something tangible and practical that serves as a reminder of the people or the event,' he said.

'That's what the relics of the saints are intended to do, to remind us and give us the opportunity to enter into the life of those saints and what they can teach us.'

St Thérèse was born in 1873 and felt an early call to religious life. She entered the Carmelite order at age 15 after experiencing what she called her "complete conversion". Her simple way of living, spiritual writings and commitment to small acts of charity and love made her an immensely popular figure, and her canonisation in St Peter's Basilica in 1925, just 28 years after her death, was attended by over 60,000 people.

Her parents, Louis and Zélie, became the first spouses to be canonised as a couple in 2015. Father Lucas says the togetherness of the family is an important feature of next year's pilgrimage. 'I think the connection between the relics of St Thérèse and [those] of her parents gives us an opportunity to consider the importance of relationships and family life.'

While it is difficult to predict whether the February arrival of the relics will attract similar response as in 2002, Father Lucas believes the pilgrimage will be a powerful moment of connection between Australians and an immensely popular and beloved saint. 'I think the great legacy of St Thérèse of Lisieux is the example she gave through her writings of her connectedness to God,' he said. 'Her struggle with weakness but her fierce determination to be loyal and faithful to God's will is the legacy that everyone can participate in.'

Father Lucas says the realisation of the simplicity of her message will give people a firm foundation for their own spiritual journey. 'The pilgrimage of the relics in 2020 will be an opportunity for Australians to come together, to have that sense of belonging, and to find inspiration in the life of St Thérèse and her parents.

'Ahead of the Plenary Council 2020, it affords us a chance for prayerful reflection and to feel a closeness to God in the way St Thérèse did.'

To learn more about the pilgrimage of St Thérèse of Lisieux and Sts Louis and Zélie Martin, including the working itinerary, documentary footage, and other resources visit catholicmission.org.au/relics.

WATCH: Father Brian Lucas speaks about what the pilgrimage of St Thérèse and her parents will mean for Australians in 2020.