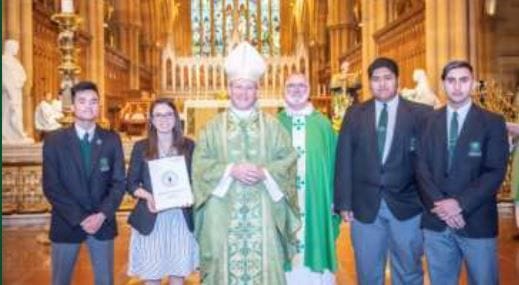 Year 11 Catechist Aids were awarded for their year of service and were encouraged to continue to work within the community in spreading the Good News.  The boys have handed over the mission now to newly trained Year 10 Catechist Aids who will assist with two Scripture classes of a Wednesday afternoon over the coming year.

We would like to thank Beverley and her team of Catechists for guiding the scripture classes and to our students who are giving up their time in service of others.