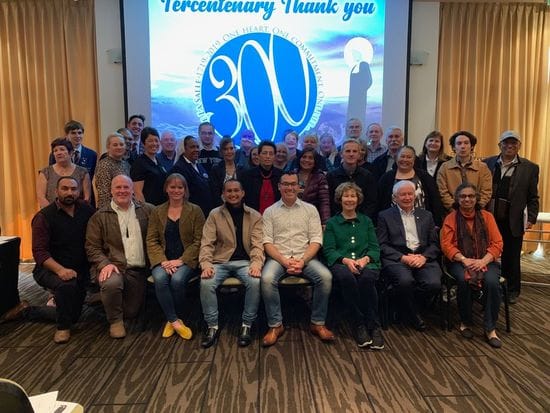 Recently, the Annual Lasallian Gathering for New Zealand was held at the Tainui Novotel Hotel in Hamilton. On September 21st, approximately 60 people from De La Salle College Mangere, John Paul College Rotorua and Francis Douglas Memorial College gathered to celebrate our mission, achievements and connectedness over the past year. Attendees included present staff, Brothers, friends, family and past students and staff. We were blessed to have Mr Wayne Bull as the keynote speaker and to have other reports shared from throughout the sector.

In the afternoon, Mr Kane Raukura AFSC (Chair of NZSMC and Lasallian Facilitator DLS Mangere) shared an update on Adult LV Twinning in PNG and Pakistan. He also reported on the final draft of the NZ Sector Plan and shared its contents and relevance to all present.

Attendees were also thanked for the massive contributions they had made for work during this Tercentenary Year in regard to celebrations, organising events and being truly involved in this historical moment on our Lasallian Calendar.The day was extremely successful, and all attending noted the true spirit present among the participants.