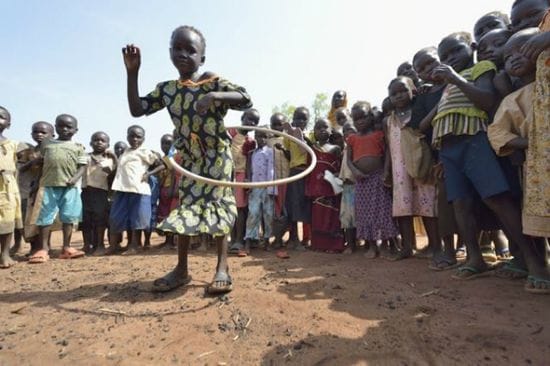 Currently, I am on home leave in Melbourne. I shall be back in South Sudan on Easter Sunday. One evening last week, I attended a function, organised by the Lasallian Foundation, on the 89th floor of the Eureka Tower from where one can look out with a panoramic view of the city.

'There are more lights here than in the whole of South Sudan', I found myself thinking.

'This is a world most of the people of South Sudan could not begin to imagine.' I note there are fences around properties, some quite solid, but none with razor wire. I haven't seen a single gun. Many people carry rifles, slung over their shoulders, in South Sudan, where razor wire on top of strong walls is the norm for those who can afford it.

People here feel protected by police. We have armed forces but mostly they remain discretely out of view rather than speeding down the middle of the road, as they do in South Sudan, with everyone else expected to get out of the way! 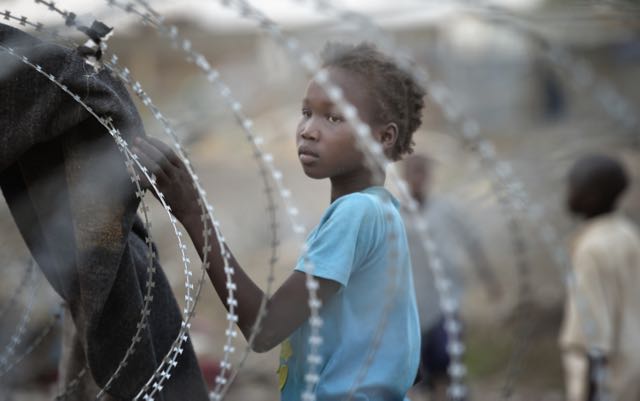 One concern here in Melbourne, however, is the emergence of gangs of young people, many of African origin, mostly South Sudanese. I wonder about children born in South Sudan. For them, 'normal' is living in a world of aggression, violence, razor wire and guns. 'Normal' for them is to be suspicious of police. In South Sudan, the police are often guilty themselves of criminal activity.

I once heard the Archbishop of Juba state that 'our trouble is that we put more value on the life of a cow than the lives of people'! Profound respect for the human dignity of every individual is lacking in South Sudan. There are those in a privileged elite who show little concern for the suffering multitude or ordinary people. There is no right for children to go to school in South Sudan: about half of the children do not even attend primary school let alone secondary school. In Australia we enjoy another world, so different to South Sudan.

The current 'narrative' of the Government in South Sudan is that the war is over: the rebels have been defeated. Yes, there are occasional minor skirmishes here and there but we are in control and do not

need outside intervention other than help with our economy. The reality is that the government troops do now enjoy obvious military superiority over opposition forces but the government has destroyed the standard of living of the ordinary people and the economy by continuing to buy arms rather than spend money productively. Other nations are very wary of providing more aid to South Sudan. 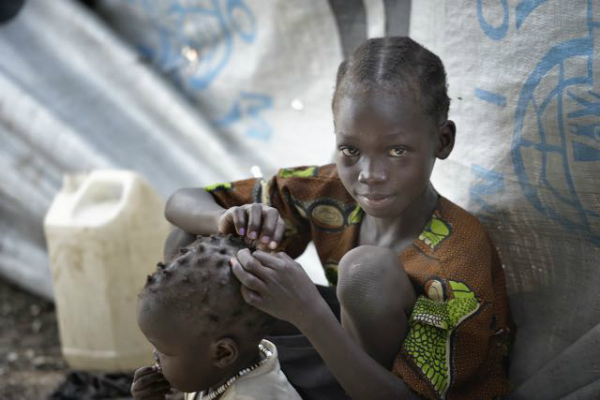 In some areas still viewed as 'rebel' the Government denies access to aid agencies willing to provide humanitarian relief or likely to offer criticism of the treatment of civilians. It would seem to me  'rebel' activity will continue more in the form of guerilla tactics until the deep-seated issue of tribalism, and tribal privilege, is overcome.  There is very unequal opportunity in South Sudan and that causes resentment and instability.

In the Malakal Protection of Civilians (PoC) camp, one of our Solidarity with South Sudan members, Maryknoll missionary, Fr Mike Bassano, has lived in an eight-man tent for the past three years ministering to the people there.

He is a 'kawadja' (a white person). So he is 'neutral' and accepted by all of the three major ethnic groups in Malakal - Shilluk, Nuer and Dinka.

A local priest from one of these groups can face suspicion, and even non-acceptance, by the others. In a way, it is sad that a white person in South Sudan can feel more secure than many of the South Sudanese.

One local writer, Jacob Lagu, warned that violence in South Sudan was polarizing communities saying, 'War is a dirty business. It inevitably degrades us all. It diminishes our humanity as steadily as we dehumanize our adversaries. We are all locked in conflicting victimhood narratives. Each side believes wholeheartedly that they are the victims of injustice. Each side believes that their adversary is the unrepentant aggressor.

What makes this state of affairs particularly pernicious is tribalism. It causes us to associate a person with their community. It has sharpened the distinction between 'them' and 'us'. The emergence of gangs in Melbourne is perhaps an unfortunate manifestation of 'them and us' thinking, a kind of tribalism.

A strong part of South Sudanese culture is accepting responsibility for the extended family. There is a significant South Sudanese community in Melbourne. They have tried to remain united as one community but it is very difficult when their relatives in South Sudan are on opposing sides in a civil conflict. In our Solidarity, residential, health and teacher training institutes in South Sudan, our students and tutors from all ethnicities live together respectfully.

That is our part in building a more united South Sudan.

Read more about the Solidarity with South Sudan initiative in the Lasallian Family Magazine - Intercom.