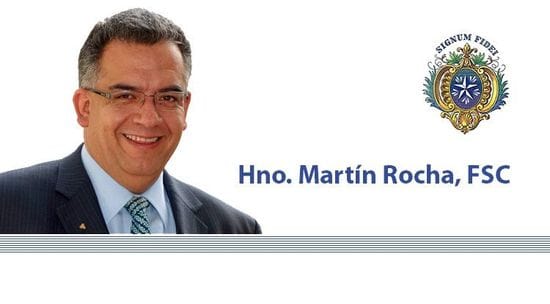 I am delighted to announce the appointment of Bro. Martin Rocha Pedrajo FSC., as General Bursar.

In addition to his personal qualities, Brother Martin brings a long experience of administration and leadership to his new mission. As a member of the International Economic Council for the last four years, his vision of economic administration at the service of the Lasallian mission has been greatly appreciated. In the area of administration, government and animation, Martin was Visitor of the District of Antilles-Mexico South during the years 2011 to 2017. Before and after this service, Martin has been at the helm of the La Salle University of Mexico and the La Salle Bajio University, respectively, as their President.

Brother Martin will take up his new assignment in January 2019 as Brother Ambrose Payne completes his three years of generous service as Bursar General. On behalf of the Institute I thank Brother Ambrose for his leadership and performance in this challenging service and welcome Brother Martin.