Appointment of Heather Ruple Gilson as Co-Secretary of Lasallian Association 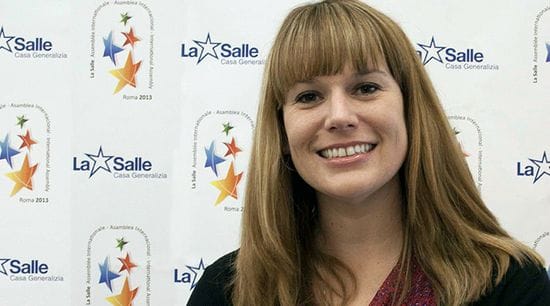 Her appointment is a concrete sign of our commitment to engage all Lasallians, especially women, in delivering the Lasallian educational mission.

Heather brings a wealth of skills, experience and personal qualities to the Secretariat of Lasallian Association for Mission. She is highly regarded as a skilled and engaging leader, very dedicated to the Lasallian ethos and an extremely hard worker. Her Lasallian formation goes back to her B.A. studies in English and Drama Arts at St. Mary's College of California where she graduated in 2001. She was a Lasallian volunteer in her Region from 2001 to 2003, a Delegate to the Second International Symposium of Young Lasallians in 2006, and a Delegate to International Mission Assembly in Rome, in May 2013.  She has participated in several international CIL sessions, as well as in District and Regional conferences and formation programs. As organizer of Lasallian events, she has planned and facilitated various Formation programs for groups including Young Lasallians, Women, Educators, Vocation Coordinators in the District of San Francisco New Orleans, RELAN, the District of Poland, and the District of Ireland, Great Britain, & Malta.

With her husband and two small daughters, upon hearing the news of our appointment Heather said: "I am very excited and grateful for the opportunity to be a part of the Secretariat for Association and Mission. Thank you for the trust and confidence. I look forward to meeting and working with Brother Paco and beginning to plan how we will be able to move Association for Mission forward for the Lasallian Family."

Heather will take up her new position on September 2018.