May 9, 2017: I am happy to announce that Mr John Finn, currently Principal of Whitefriars College, Donvale is appointed as Principal of St Bede's College, Mentone commencing 22 January 2018. 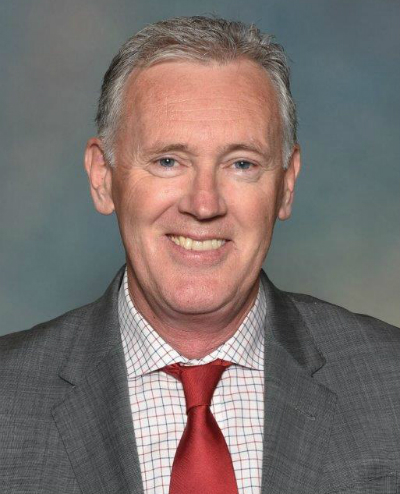 John has worked at De La Salle College, Malvern having a number of positions of responsibility including Head of the Tiverton Campus.

At St James College, East Bentleigh he worked as Deputy Principal and Acting Principal. He served as Head of Kostka Hall at Xavier College.

After a period as a secondary consultant in the Catholic Education Office, he was appointed the first lay Principal of Whitefriars College in 2013.

John's vast experience in the Lasallian charism and other charisms will be a gift to St Bede's as the college moves into the future.

He succeeds Br Garry Coyte, Principal and is the first lay Principal in the College's almost 80 years.

John is married to Mary and has two children, Edward and Matilda