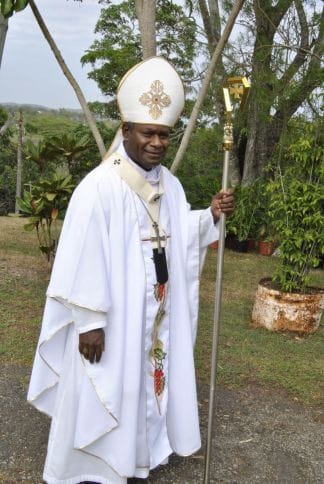 In an historic moment for the Catholic Church in Papua New Guinea, Pope Francis has named the Archbishop of Port Moresby as the nation's first locally-born cardinal and the first cardinal from the Missionaries of the Sacred Heart. 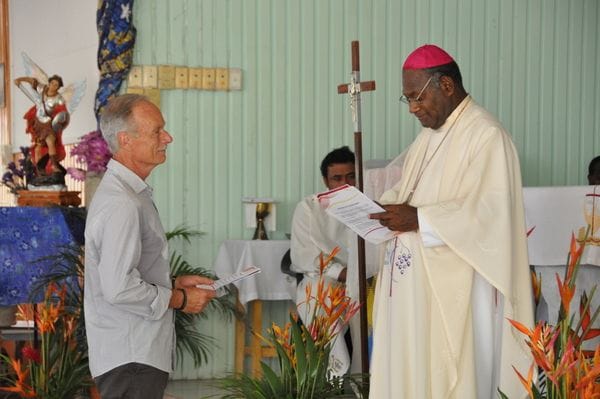 The Most Reverend Archbishop John Ribat MSC was one of 17 new cardinals named by Pope Francis this month, which also included archbishops from Bangladesh, the Central African Republic and Mauritius.

Born at Volavolo in East New Britain Province in 1957, Archbishop Ribat has held his current role in Port Moresby since 2007 and prior to that time, he was the Bishop of Bereina and also worked for a time as a Novice Master in Rabaul and in Fiji.

Archbishop Ribat has a special affection for the Lasallians of PNG and recently celebrated a Mass in Bomana to mark 70 years of continuous Lasallian education in the country.

The Lasallian family joins in congratulating Archbishop Ribat and the Catholic Church in PNG on this major milestone.

The Bishop of Bereina, the Most Reverend Bishop Rochus Tatamai said the Pope's decision to promote a Papua New Guinean to the position of cardinal was a great step forward for the local Catholic Church on the global stage. 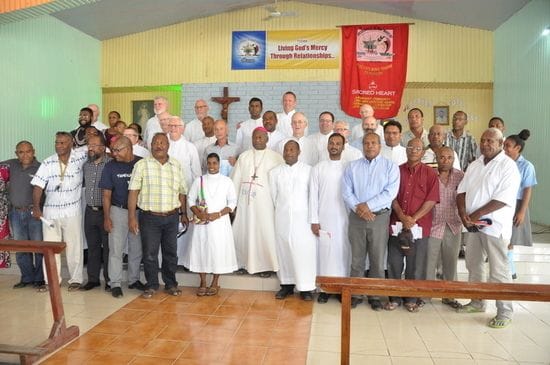 "We need many more young men and women to answer and respond positively to God's invitation as a wonderful blessing and call to priesthood and religious life", Bishop Rochus said.

"Let us pray for more vocations to all states of life that from committed faith-filled families will come forth committed single people as well as committed consecrated men and women to God and his mystical body, His Church in the world today and into the future".