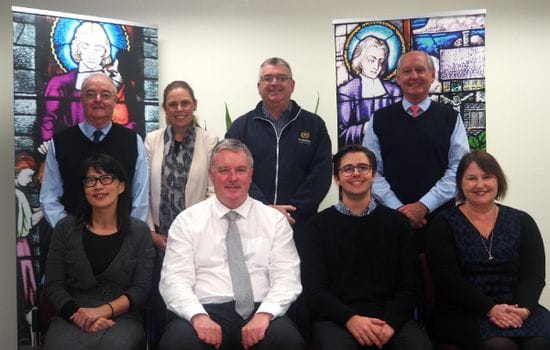 "This was the first meeting of a group of people who have the potential to gather some valuable insights into the Lasallian Mission in Australia in its own right. We have had MACs in the three other Sectors of the District for some time now, and there is a strong sense of hope that AUSMAC will make a positive contribution towards the work of the LMC," said Committee Chair," Michael Egan.

"AUSMAC is an opportunity to further promote the works and monitor specific lines of action designated in the District Plan," explained LMC Executive Director, Merv McCormack.

The committee consists of eleven members, appointed by Br David Hawke for an initial three-year term to ensure optimal development of the Australian Sector.

"We look forward to contributing to the development of the next ANZPPNG District plan and the opportunities for representatives from a broad range of Australian works to have such a forum to meet," concluded Mick Egan.

Membership of AUSMAC for the period commencing 5 June, 2017 is: