Posted by Merv McCormack on 21 February 2019 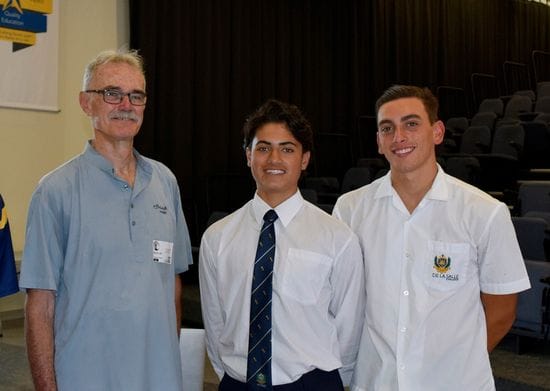 It is a great pleasure to announce that Br Denis Loft has been appointed to the position of Director of Donor Projects commencing in late May, 2019. The major component of Br Denis's work will involve leading the District Twinning program which provides financial, material and staffing support from Australian and New Zealand Lasallian schools to Lasallian schools in Pakistan and Papua New Guinea.

Denis brings a wealth of experience to the role. After teaching at Scarborough and New Plymouth, he commenced 20 years' service in PNG at Kondiu, Bomana, Mt Hagen, Hohola and Jubilee, including undertaking significant leadership roles. His knowledge of PNG customs, culture and needs will be invaluable as he re-acquaints himself with a part of the District to which he so generously contributed.

Following his PNG years, Denis variously worked at Boys Town (Logan), San Miguel, Malvern and South Sudan. He will join the Lasallian Mission Services' team at Bankstown after concluding his work as Vice-President for Advancement at Bethlehem University, Palestine.

In addition to his leadership of Twinning, Denis will also work with longstanding donors in a range of Lasallian projects.

The support of Br David Hawke, Visitor, in this important development for the District, is greatly appreciated