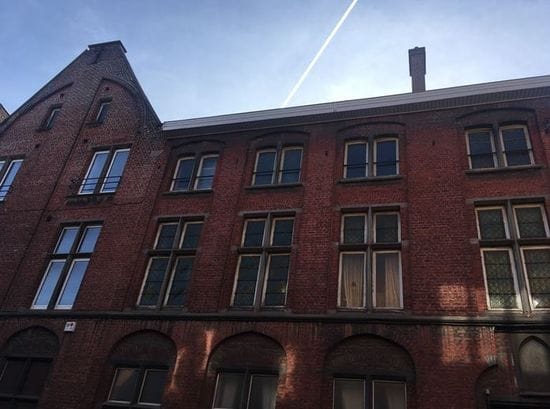 The Beyond the Borders Initiatives are Lasallian international outreach programs, designed to serve the most vulnerable communities throughout the world.

This month has been dedicated to the Lasallian Beyond the Borders Initiative:

In the RELEM Region (Lasallian Region of Europe and Mediterranean) there are several initiatives that make the metaphor of borders explicit. All meet significant criteria such as: internationality, diversity, periphery, immigration, inter-culturality or inter-congregationality. Now, we go forward with the creation of a NEW international community in Molenbeek, one of the largest and most in-need of the 19 municipalities of Brussels, Belgium: The new "Adrien Nyel" Community.

The new Adrien Nyel Community of Molenbeek is part of the wider ADRIEN NYEL project that includes the actions carried out by the CasArcobaleno project in Scampia (Naples), La Salle Home in Iasi (Romania) and Hogar La Salle Community (Jerez de la Frontera, Spain). ADRIEN NYEL communities are places for living, experiencing, and serving those most in need, and are open to international volunteering.

Strengthening the experience of fraternity, faith, inter-culturality and social commitment will be one of the first priorities of this Beyond The Border Initiative. The new community of Molenbeek will respond to the educational needs of vulnerable youth in a marginalized neighborhood in the capital of the European Union. It will discover little by little its mission with creativity and boldness, always in contact with the residents of this neighbourhood (where the Muslim community comprises 40% of the population), with the local church, civil society, and the already existing communities and organisations.

Renovation works are underway at the community headquarters while the first two brothers have already been sent to this community.