Blog from a Wandering Brother:from Bouncy Balls to Pokemon 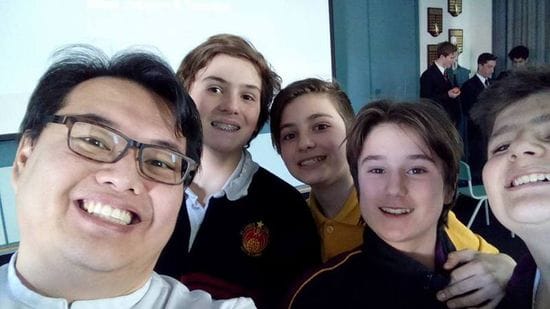 It has now been eight months since I arrived in Australia. I have adapted quite well, I think... Alright, it took a while to adjust. During my first few months, I did not even know how to start a conversation with the students. (For those who know me well, they know that I am seldom at a loss for 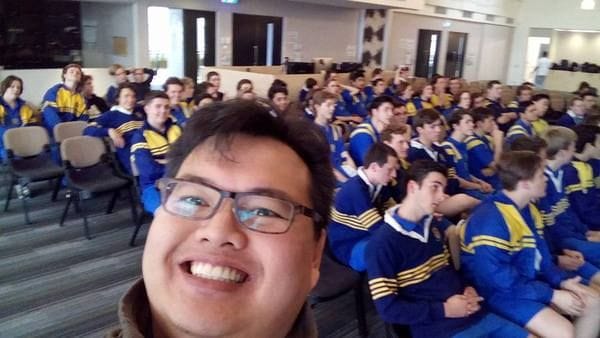 words. Although I would still assert that I am shy deep inside)

My breakthrough came one day when I was going around the school yard at Malvern one lunch time. A student whom we shall call Oliver, called out to me asking; "Brotha! Do you want to play?!" And there I was, dressed in my white robe and Crocs, saying yes to play a game I do not understand. It turns out the game was called 'four square' and the balls used are called bouncy balls, because, well, they are quite bouncy. Fortunately, my hand-eye coordination was good that day and I played well. It's either that or the students in the yard saw that I was really a clueless foreign Brother and decided to be nice. (Three cheers to the Malvern boys!)

Later on, as students realised that I am willing to play with them, I began getting requests to 'dab' for them. For those who are unaware of what dabbing is; it is one of the latest dance crazes. It is quite simple to do. Raise one arm 45 degrees up to one side, tuck your face into your other arm near your elbow, making sure both hands point towards the same direction. Oh never mind. Watching it on YouTube would be simpler. What amazed me is that the students would cheer up whenever they see me 'dabbing' yes once again, in my robe and Crocs. 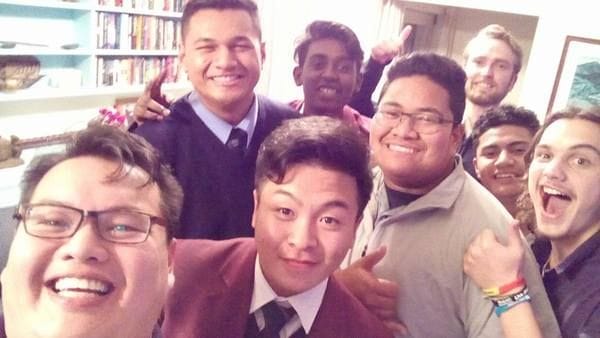 Last but not the least, the latest craze around the world is this Pokémon game played on smart phones. Although it is true that the game has had a bad rap, it has plenty of potential. It encourages its players to walk (which I need) and makes it easier to start a conversation. After all, my knowledge of AFL is so dismal that it would take time before I truly understand what is going on.

Eight months have gone rather quickly. I have wondering to myself why I have been doing these seemingly childish things. Perhaps, this is what must be done for now. In my prayers today, I imagine myself as Peter minding the nets when Jesus passes by. Except this Jesus looks strikingly like Oliver and he is holding a bouncy ball. And just as the real Jesus said to Peter, the Jesus in my imagination likewise says: "Come, follow me." And so, I give a quick dab and say, "Yes, Lord. Of course."

Author: Br Mandy Dujunco
About: Br Mandy is a Philippines-born Brother who joined the Brothers community at Malvern in Melbourne earlier this year.
Subscribe via RSS
Tweet