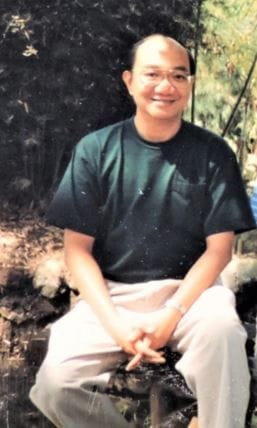 One Filippino De La Salle Brother has a fascinating history in serving poorer, or disadvantaged people. Raffy Reyes, in the 1980's, was a member of a De La Salle community that was established for the face-to-face service of poorer people. "We lived in a small fishing village and the work of the Brothers involved providing a non-formal education to farmers and fishermen which was based on the Paulo Freire model. Basically, we taught them how to read and write". Today, he is establishing a professional counselling service for teacher trainees at Mt. Hagen Teachers College.

Arriving this year in the Highland province, in his second stint as a Brother partnering in the PNG Sector Mission, he noticed a difference. The bigger crowds, and also somewhat alarmingly- that people did not seem to follow strictly the COVID-19 protocols of face masks and social distancing. Br. Raffy had worked previously in PNG for 13 years ten at Rosary Secondary School in Kondiu in Simbu, and three more years at Mt. Hagen. He was one of several Filippino Brothers who have served in PNG. In 2004, he was recalled to needful work back home in various schools, but always harboured a desire to return to the Land of the Unexpected.

"First, when I first arrived in PNG in 1991 as a missionary, I told myself that this is what I would like do for the rest of my life. I used to spend time to talk to the old SVD missionaries in Kondiu, about their experiences in the mission, and their stories inspired me a lot."

Br. Raffy lives in the small community on-site, with Indian Brother Britto, who also works in the College. Brothers ran the Teachers College in Hagen for many years: it is seen today as an associated ministry, with a Lasallian Facilitator, Mr. Lambert Lapkit, with some teachers and the lay Principal keen on the Lasallian ethos. Although not having some of the conveniences of life back home, Raffy knows the lifestyle in PNG, and, as he says, "I have always wanted to come back". His postings in the Philippines, like Kondiu and Mt. Hagen, had been in smaller provincial towns and cities Iligan, Ozamiz, Bacolod and Lipa, and so he was accustomed to his 2021 volunteering post.

The returning Brother is quite open about his deeper motivations: "God continues to call me to serve Him and his peopleto go (as the Lasallian Brothers' vow says) wherever I may be sent, and to do what I will be asked to do by the Body of this Institute or by its Superiors". Seeing clarity in life-direction, and a heart for God and his people's welfare, speaks volumes in today's razzle-dazzle world of options.

Mt. Hagen Teachers College is a lush campus for a mission!