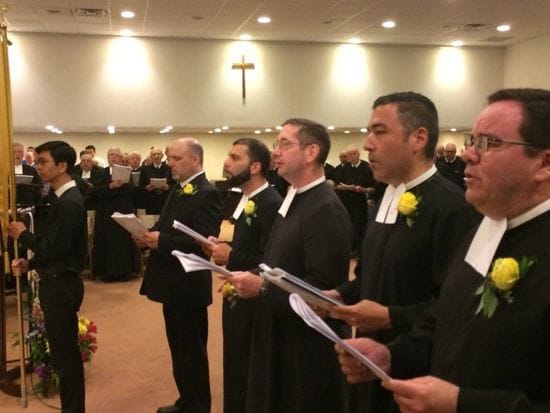 Congratulations to the Deputy Principal (Administration) at La Salle Technical College in Hohola, Br Ken Kalinowski  who has taken his perpetual vows during a ceremony in Philadelphia. 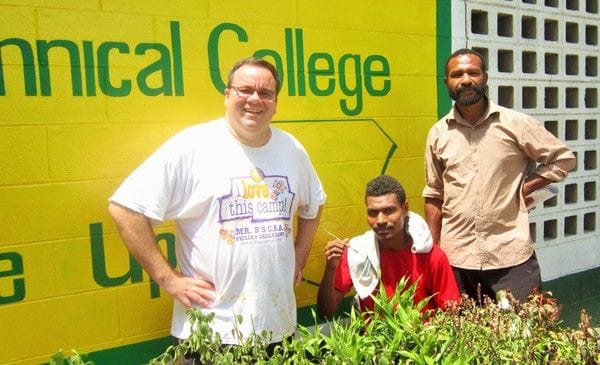 Br Ken made his perpetual profession in a ceremony at La Salle University, alongside four other Brothers from the District of East North America.

The United States-born De La Salle Brother has been working in Papua New Guinea since early 2015.

Br Ken was educated at a Lasallian school in Detroit and began his teaching career at La Salle Academy in New York City, an all-boys school which caters for many students from lower socio-economic backgrounds.

During his novitiate class in California, Br Ken heard about the amazing work the De La Salle Brothers undertake in PNG and a fellow Brother in the class, Br Lewis Harwood who had spent time in Port Moresby, persuaded him to take up the challenge.

He now teaches Religious Education and Maths at La Salle Technical College as well as assisting Principal Br Antony Swamy in the administration of the school.

While Br Ken concedes it took him some time to adjust to everyday life in Port Moresby, he has now settled well into Hohola and continues to gain inspiration from the community-minded nature of the school and its firm commitment to Lasallian values.