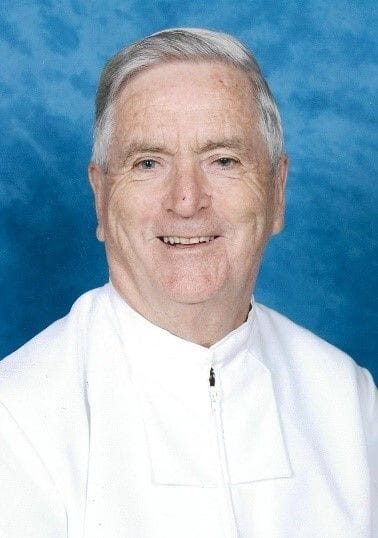 Br Pat McCarthy, a highly valued and genuine leader in the Lasallian Community, began his new role at Oakhill College of school Chaplain at the beginning of 2020. His experience across the last 30 years has grown to more than just being an incredible Brother, but he has also been a practising psychologist. We sat down with Br Pat to talk about all things Lasallian and his new role in such a busy school.

What's been your connection with the Lasallian Community?

Four years ago, I retired as a practising psychologist of 30 years, and De La Salle Ashfield asked for a Brother, and so I went to Ashfield for that year and never left. I am still going to Ashfield one day a week and then three days at Oakhill. I fell in love with Ashfield and what blew me out of the water, especially after 20 years of education and then 30 years as a Psychologist around the world, how much the staff wanted a Brother around and how quickly they accepted me totally into the school. This is now my 5th year at  Ashfield, and it's about being present to the staff. I started at Oakhill this year - three days a week. I like being invited by the staff to help in ways they find helpful.

How long have you been associated with the Oakhill Community?

You were Principal of the School in 1984. Did you employ a School Chaplain then? How different is The role now?

We had a priest as chaplain back then who lived in and also worked at the Teacher's college. We now have priests from two neighbouring parishes that say mass every Friday. The role with a Brother as chaplain is different in that it is pastoral rather than sacramental.

What roles do the Brothers play at Oakhill?

Brother Steve Hogan is the Principal. Bro Michael Neville works in learning support. Br. Tony Moore helps in many ways as needed. I think the Brothers represent the history and spirit of the place. I have been director of Community here as well, and I have opened the house up to the staff. They come here often for Mass and dinner and that's given a lot of the teachers an insight into who the Brothers are and how they operate. The staff speak positively of how much they enjoy the Brother's being here in the school.

What does a School Chaplain do?

I think the role of the chaplain is to be a facilitator. You're enabling other people to do things. The role is encouraging and helping others do their best. It also involves doing reflections, talking to students, visiting classes being available for a range of duties.

What is your favourite part of being a Chaplain?

Being involved with people. Being able to have in-depth conversations with people about what their life is about. Because of my background in psychology, I'm able to be involved in pastoral situations that are quite complex and difficult and be comfortable. Because I've worked in areas of death and dying before, I'm comfortable in those situations. People can say what they like and it is okay. By far the best part of it is being available for people. In a school, it is so busy, to have someone around the place that isn't caught up in that busyness is deeply appreciated.

What characteristics does a School Chaplain need?

I think you have to be approachable and be a good listener. I'm against that view of a chaplain being primarily a teacher - it's more you need to be a presence that people can relate to.

What is the hardest part about being a School Chaplain?

I think the biggest problem, in general, is that the world has become so secular that the spiritual is kind of not often acknowledged by students and staff. That would be the toughest thing.

How do you think Oakhill is getting around that?

I think it's making great efforts. The most powerful  input is the programs that Chris Goodman runs, that expose staff/students to those less fortunate. At Oakhill, most families are reasonably well off, and the exposure programs that Chris runs, has done so much when it comes to making students aware of the less fortunate. He runs programs such as raising money and visiting Retirement Villages and also going on overseas immersions in the Philippines, India and Indonesia which have a significant impact on kids. They wake up to how privileged they are and what is important in life, how you act with people and the values you live by. I think in the last ten years, those programs have produced a change in Oakhill where the culture here now is a lot more Christian and Lasallian than what it used to be.

What advice would you give to your younger self?

Advice that was given to me when I was younger - do not care or worry about what other people think of you.