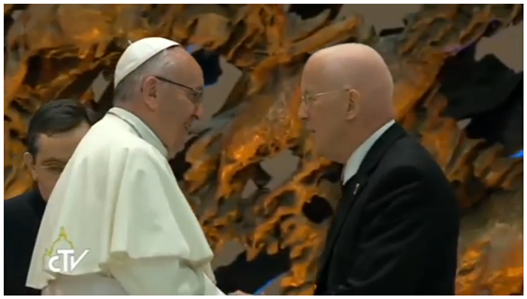 New Zealand-born De La Salle Brother Peter Bray has delivered an inspiring address on the work of Bethlehem University at the World Congress on Education at the Vatican.

As the university's Vice Chancellor, Br Peter spoke directly to His Holiness the Pope about the role the university is playing in helping to promote religious harmony in the Middle East.

Br Peter has told the gathering of two thousand people, the university has played a critical role in promoting interfaith dialogue and understanding over many years.

Br Peter said such work was more critical than ever before at a time of heightened unrest across many parts of the Holy Land.