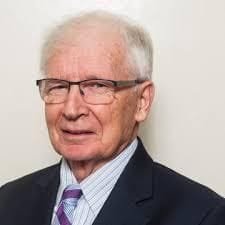 Politicians, Cardinals, Bishops and educationalists have gathered in Wellington to celebrate and farewell Br Sir Lynch as he leaves the New Zealand Catholic Education Office after 22 years at the helm.

Those who spoke, the Honourable Hekia Parata Minister of Education, Cardinal John Dew President of the New Zealand Catholic Bishops Conference, Reverend Sue Fordyce of the Association of Proprietors' of Integrated Schools and Br David Hawke Provincial of Br Pat's religious order the De La Salle Brothers, all spoke of Br Sir Pat's unwavering dedication to the job, his commitment to the quality education of young people and his humility and graciousness.

Ms Parata said "He has made an immense contribution to education in New Zealand and internationally throughout his long and distinguished career. Sir Brother Patrick has been a strong voice for the integrated schools community for over two decades.

"His work on behalf of state-integrated schools saw him involved in policy changes that have strengthened the quality of education for so many of our students in New Zealand," says Ms Parata.

Cardinal John Dew said Br Sir Pat "is a wonderful example of living his religious vows as a Brother and in the true Jean Baptiste de la Salle spirit a Brother devoted to the education of the young.

"In his humility, this job has never been about Pat Lynch but about what he can do to ensure that our schools are achieving the highest possible standards and every student has been given the opportunity to prepare for life. 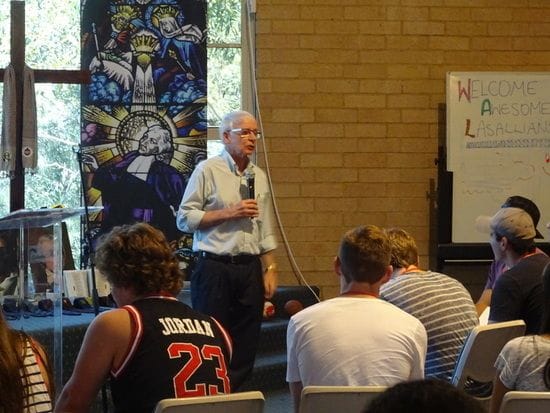 "Your contribution to Catholic education is immense and words cannot express how grateful we are. You are highly respected in Church, government and wider education circles both here and overseas - you leave an enormous legacy and your name will live on in Catholic education for many years to come." Cardinal Dew said.

Reverend Sue Fordyce spoke of working alongside Br Sir Pat through the Association of Proprietors' of Integrated Schools (APIS) "As educators we are all in the business of forming people - that is the most important thing that education ever does and right now 86,000 young people in our integrated schools are being formed because of the work that Br Sir Pat has championed over 22 years.

She said of this that it prompted her to think of what had formed him, describing her reading of the Lasallian principles, like - faith in the presence of God. "A man of bold vision and hopeful expectation. He has high hearted courage and dogged determination. To pursue a mission like that of integrated schools for 22 years, he could not have done that without a deep well of spiritual life.

"Another is the respect for all persons, I've experienced him always as a peacemaker as a person who to my surprise at times has always spoken well of everybody who he was dealing with. His kindness in speaking of others has been an inspiration." Reverend Fordyce said. 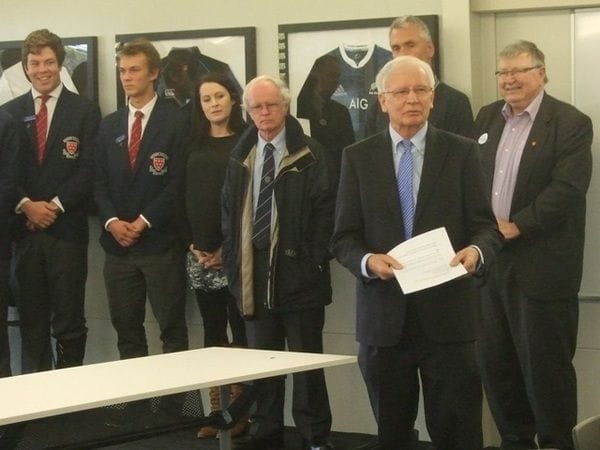 The Provincial of the De La Salle Order to which Br Sir Pat belongs, Br David Hawke spoke of the guiding principles of the Order and how Br Sir Pat had embodied them through his work in Catholic education. "The De La Salle Brothers take immense pride in Br Sir Pat's significant contribution to the education of the young in this country and beyond. We thank him for his service to this country that he loves New Zealand."

In reply to the tributes made, Br Sir Pat thanked all those he had worked with and stressed the importance and his gratitude for good working relationships with 15 successive ministers of education of different political colours, "my experience has been that in those 15 ministers a saw a sense of service to New Zealand and to education. Our good working relationships were based on mutual trust and respect and for that I am grateful."

"When my work has taken me to international forums I have take great delight in saying to people that in the integrated school network we work well together with diverse backgrounds represented from Hari Krishna, Muslim, Montessori and various Christian denominations and we don't work in silos which compared with the experience of overseas countries is remarkable, this only happens because we each see ourselves as being in partnership with each other." Sr Br Pat said.