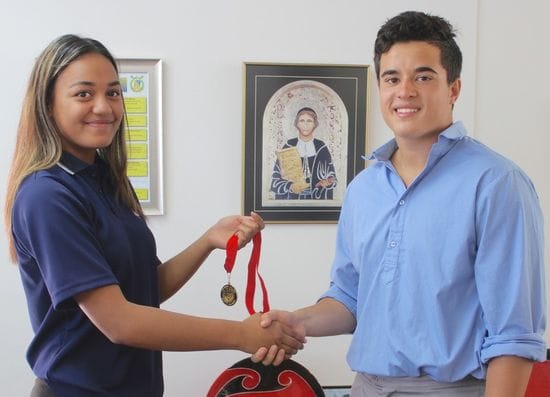 Francis Douglas Memorial College, New Plymouth, student Nathan Cousins-Lapworth has been honoured with a bravery medal after rescuing a student who was at risk of drowning at a diocesan leadership camp late last year.

Nathan received the Spirit of Cullinane Medal after coming to the assistance of Cullinane College, Wanganui, student Anahera Tataurangi in December.

Cullinane College Principal Kevin Shore said the medal was a great honour that had only been awarded three times over the past three years.

Nathan was presented with the award in a special assembly at Francis Douglas College.