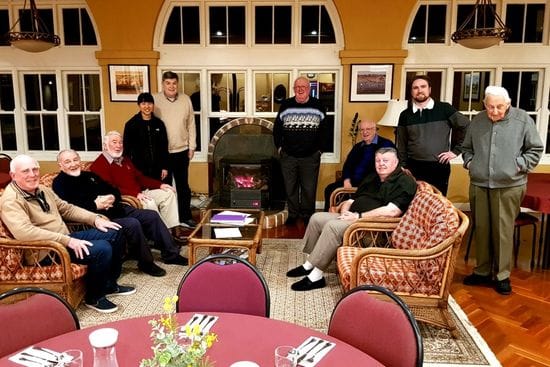 Director of the Marist Brothers Hermitage, Br Bill Sullivan fms and his staff were once again very welcoming hosts for the first of the 2019 retreats (14-19 July), in which the Brothers were joined by Sisters Anna and Theresa, and Mr John Hogan from Canberra.

Rev Dr Michael Trainor, parish priest of Lockleys in Adelaide, and a former student of St Michael's College, led the retreat and presided at the daily Eucharist. Michael is a senior lecturer in biblical studies at ACU. He provided a series of insightful commentaries on the daily readings from the Book of Exodus during the morning sessions. At the Eucharist he gave some equally helpful homilies on the gospel of the day. Informal feedback suggests that the retreatants were moved by Michael's gentle presentation of a God of infinite compassion.