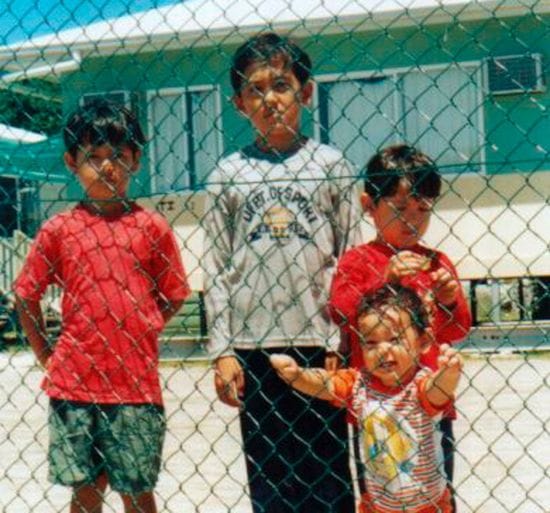 Catholic Religious Australia has called on the nation's political leaders to stop the transfer of traumatised asylum seekers back to the Pacific island nation of Nauru.

The call comes after a recent Australian High Court ruling meaning 267 asylum seekers, including 37 babies could be sent back to Nauru.

Many churches, cathedrals and religious groups in Australia are offering sanctuary to the asylum seekers.

They emphasise that a large number of serious sexual assaults and other abuse have been reported on Nauru.

In a document entitled "Writing Rings for Righting Wrongs", Catholic religious leaders have drawn upon the call in Leviticus 19:33-34 to "treat the strangers who sojourn with you and to love them as yourselves".

The document questions the morality of detaining people for lengthy periods of time and of keeping babies, children and their families in living conditions which threaten their health and security.

The Executive Director of Catholic Religious Australia, Sr Rosemary Grundy says the document makes clear suggestions on how concerned citizens should respond to the issue.

"Given the growing disapproval of the government's position on the conditions of those in detention, it seems appropriate that we consider the suggestions here and respond in the way we are most able to express the Christian position on the treatment of vulnerable people", Sr Rosemary said.

The Congregational Leader of the Sisters of Saint Joseph, Monica Cavanagh has urged all concerned citizens to write directly to political leaders, including the Prime Minister, Malcolm Turnbull and the Leader of the Opposition, Bill Shorten.

"We are impelled to stand in solidarity with people in need, those who are victims of all kinds of abuse under these laws and to work alongside other community organisations in addressing the current reality", Sr Monica said.