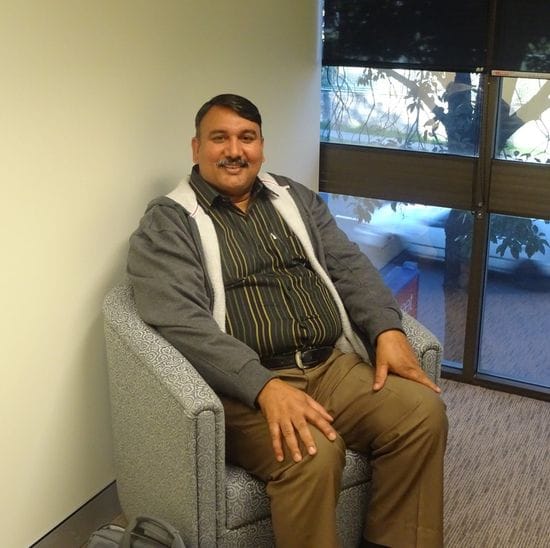 Auxiliary Visitor and Principal of La Salle High School in Faisalabad, Br Shahzad Gill has urged all Lasallians to reach out to people of different religious faiths during a visit to Australia.

Br Shahzad visited a number of Lasallian schools during a visit to Sydney in September.

The Pakistani Brother said he was overwhelmed by the warm welcome he received at De La Salle Colleges in Ashfield and Caringbah and Casimir College in Marrickville.

He has played a pivotal role over many years in promoting interfaith harmony between Christians and Muslims in Pakistan through a network of Lasallian schools and youth organisations.

"We don't try to convert people, but our motto is to touch the hearts, to teach the minds and transform their lives", Br Shahzad said.

"That's what Lasallian values are all about."

With financial support from the Lasallian Foundation and other lay partners, the De La Salle Brothers have established a number of secondary girls high schools in Pakistan.

"There is a real focus on encouraging the girls to pursue science subjects and later enter universities", he said.

Br Shahzad said while there are security challenges for Lasallians in Pakistan, he remains optimistic about the future.

"As we look ahead to our first Lasallian Youth Gathering this year, we are reaching out across religious differences in Pakistan, so that we live together as one Lasallian family".