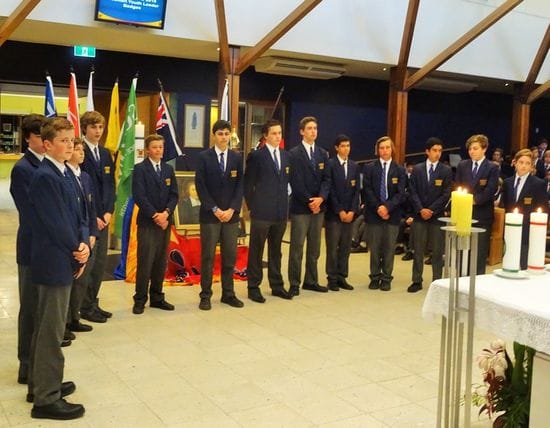 Students and staff from a number of Lasallian schools in Sydney have joined in the celebrations and fundraising to mark Founder's Day at De La Salle College in Caringbah.

The day began with a mass at Our Lady of Fatima church which brought together De La Salle Brothers from across the city together with members of the local parish community.

Senior students from De La Salle College Revesby and their Principal Tim Logue were also at the mass and the morning's celebrations.

13 students from the Caringbah school were sworn in as Lasallian youth leaders and Brother Paul Rogers from the Karlaminda community at Kensington delivered an address to the school community on what it means to be a Lasallian.

He called on the students at the Year 7-10 boys' school to draw upon the inspiration of St John Baptist De La Salle and reach out to the marginalised and the disadvantaged.

De La Salle Caringbah Principal Chris Agnew said the school expected to raise at least 10 thousand dollars which would be directed towards the Lasallian school at Balgo Hills in Western Australia's Kimberley region.

As part of their fundraising efforts, the students helped set up cake and popcorn stalls in the playground and jumping castles in the college oval.