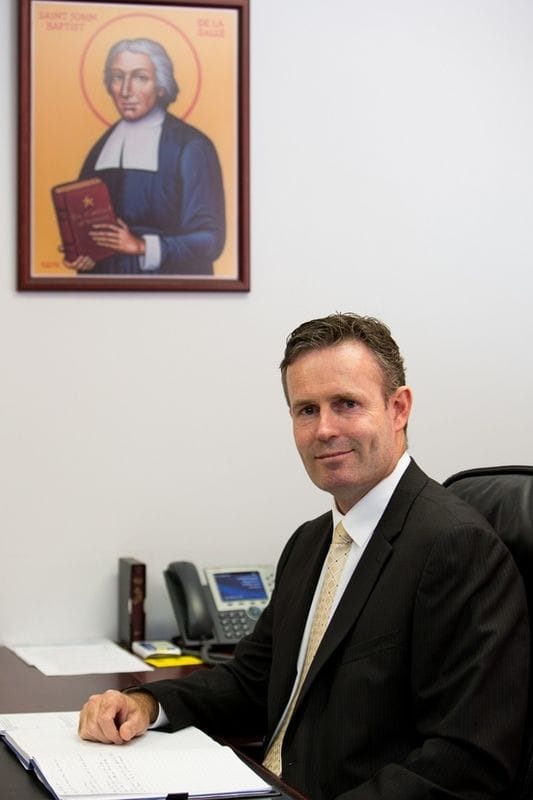 From humble origins with just three classrooms in 1916, De La Salle College Ashfield has grown into a thriving all-boys secondary school in Sydney's inner-west with 650 students.

It has undergone dramatic changes in its history having started as a Year 3- Leaving Certificate school before transforming into a secondary school in the 1970s, proud of its Lasallian traditions.

To mark its centenary in 2016, the school is inviting former students along to a number of commemorative events, including a Mass at St Mary's Cathedral on Friday 6 May to be celebrated by the Archbishop of Sydney, Anthony Fisher.

The oldest surviving Brother Principal of the college, Peter McIntosh will deliver an address at the mass which will start at 1030am.

That night, the school community will gather for a Centenary Dinner at West Leagues Club in Ashfield with former ABC presenter and College Old Boy Mike Bailey acting as Master of Ceremonies.

De La Salle Ashfield's Principal Stephen Kennaugh said the centenary was a good opportunity to reconnect with generations of former students with fond memories of the school.

"There's a very strong old boys' network here who love the school and still support it quite significantly", he said.

"So this is an opportunity for everyone for get together and celebrate the contribution the De La Salle Brothers have made to the school over 100 years".

The Brothers had a strong presence on the teaching staff at the school until the 1970s.

The College made history in 1972 as the first Catholic high school in Austalia to be administered by a Lay Principal and with a lay staff.

Mr Kennaugh said it has strongly maintained its Lasallian identity through generations of lay leadership.

"We have Lasallian youth ministers here who promote the Lasallian charism and our Director of Mission John Dunn has worked in Lasallian schools in 40 years", he said.

Looking to the future, Mr Kennaugh said the school was now focusing firmly on building projects to accommodate a growing Catholic population in the area.