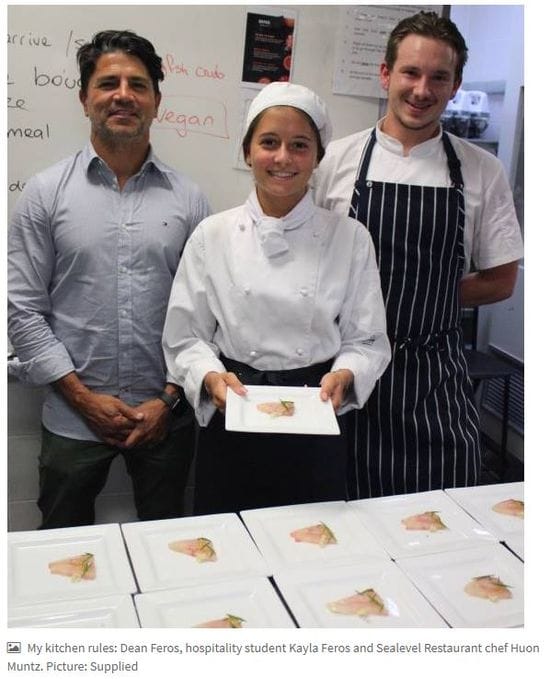 Hospitality students from De La Salle Catholic College at Cronulla proved they can handle the heat in the kitchen when they took part in a My Kitchen Rules style event recently.

About 40 students split into four teams to cook up a storm over two nights in a bid to impress the judges - local hospitality business owners Bill Gravanis, of Oscars Hotels, and Dean Feros, of JDA Hotels.

The students worked alongside chefs from Sealevel Restaurant at Cronulla, including Chris Russo and former De La Salle Cronulla student Huon Muntz, who also completed a school-based apprenticeship during his final years at school.

Each team of hospitality students cooked up a three-course menu based around the themes of either Italian food or Asian-Australian fusion.

The meals were served to an appreciative crowd of their families and the judges.