De La Salle Mainohana Alumni vow to give back 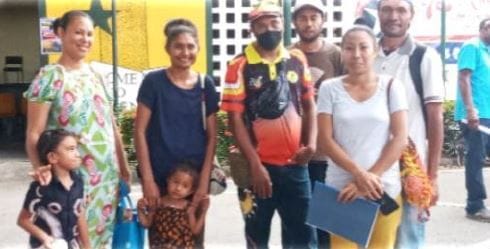 De La Salle Mainohana Alumni is a group of young like-minded former students of Mainohana Catholic Secondary School. The group started small with ten members on the 3rd of July, 2021 with the aim of building its membership and giving back to the Institute that had played such a significant role in the members' lives.

The group is in its infant stages of development; one of its primary objectives is to register as a non-profitable organisation with the Papua New Guinea Investment Promotion Authority.

In this present era, Mainohana Catholic Secondary School is not at the standard of what it used to be when the De La Salle Brothers were in charge of administration.  There are disciplinary issues, poor academic performance and inadequate infrastructure which affect the students.

Live Jesus in Our Hearts, Forever.