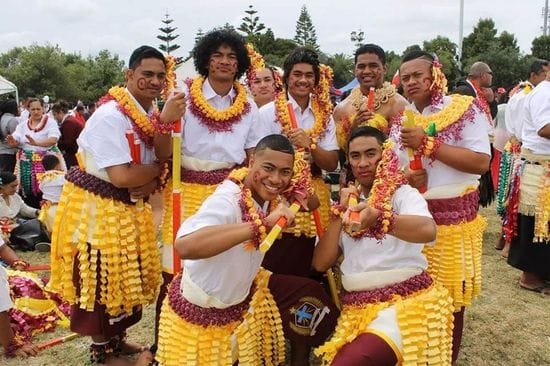 Students and staff from De La Salle College at Mangere in Auckland have continued their long tradition of excellence at the annual Polyfest competition, being declared overall winners in the Tongan and Niue Stage in 2016.

Now in its 41st year, the Polyfest is a traditional dance and performing arts contest which has grown to involve more than 9000 students from a combined 64 Auckland schools.

It is considered the world's largest secondary schools' cultural festival for Pasifika and Maori communities, with Tonga's Princess Pilolevu Tuita a special guest at this year's event.

In a reflection of Auckland's rich cultural diversity, the festival has been expanded over recent years to include a Diversity Stage, bringing together traditional performances involving students from other backgrounds including from the Filipino, Chinese, Indian and African communities.

They were also overall winners of the Tongan stage and were declared 2nd place overall in the Samoan Stage.