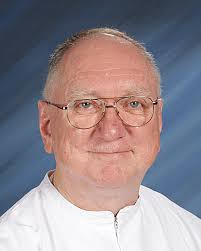 The De La Salle Brothers are deeply saddened, following the death of Br Jeffrey Calligan who passed away the evening of 15 February.

We remember him as a Lasallian icon whose contribution internationally and in our own District has been invaluable. Not only will Buttimer graduates pay tribute to him but the many Lasallians in our District who attended formation programmes at Narooma and other venues where he made a significant contribution hold a special place for him in their hearts.

While based in the Malvern community he worked with other Lasallians at Lasallian Education services offering formation programmes across the District. After returning to New Orleans, he once again visited the District as a "Brother in Residence" at a number of Lasallian schools. The District of ANZPPNG is indebted to him as Brother, teacher, mentor and formator.

May our brother Jeffrey rest in peace.

Click HERE for information about a Memorial Mass for Br Jeffrey.