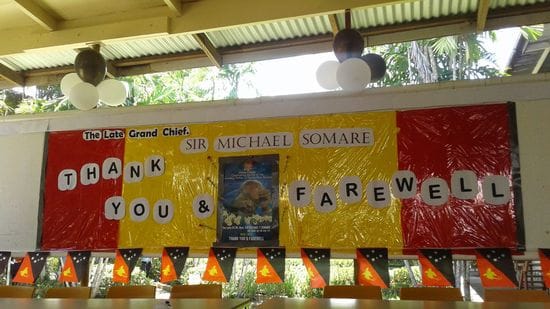 On Thursday 11 March, De La Salle Secondary School Bomana celebrated the life of 'The Great Grand Chief Sir Michael Thomas Somare' who passed away at the age of 84 on 26 February 2021.

With a career that spanned five years, Sir Michael was the Country's first prime minister who led Papua New Guinea into independence from Australia in 1975.

Staff and students honoured the founding father with a ceremony highlighting Sir Michael's accomplishments and achievements. An inspiring video was played in the different languages of the country, encouraging students to continue the legacy of Unity as one People, one Heart and One Nation.

"TRUE GREATNESS, TRUE LEADERSHIP IN SELFLESS SERVICE. HIS WAS A LIFE LIVED TO THE FULLEST." 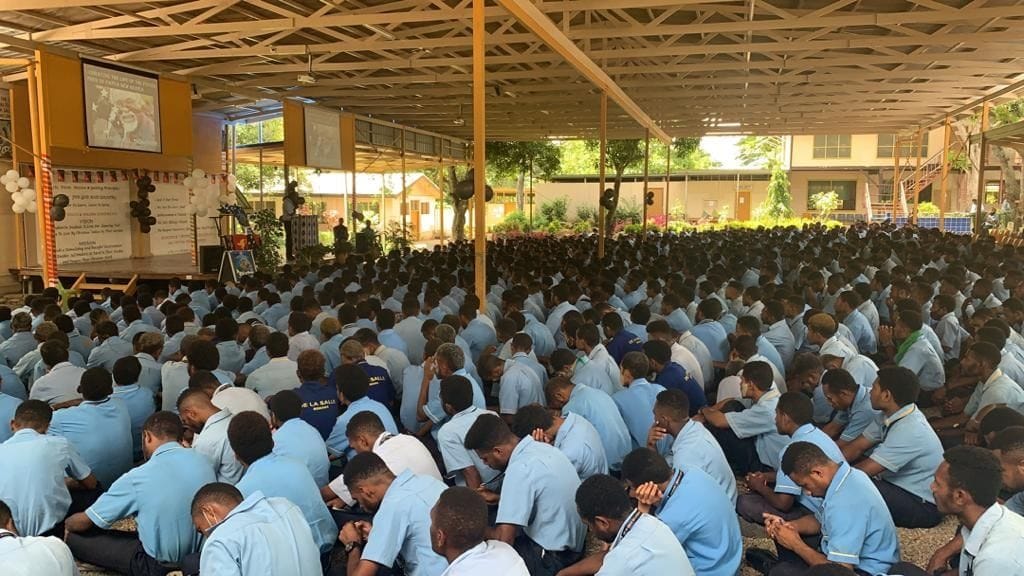