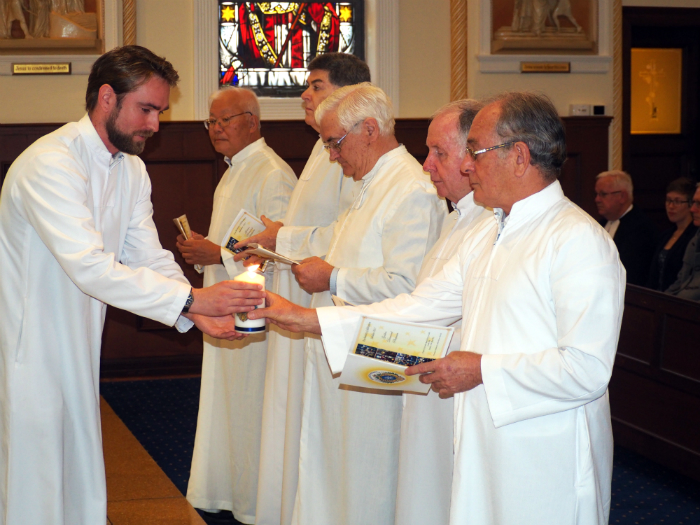 Sunday 14th May, and there wasn't an empty pew as Brothers, family, friends and colleagues gathered in the Chapel of St John Baptist De La Salle at Oakhill College, Castle Hill.  Before a congregation of 153 people, thirteen DLS Brothers commemorated their lives of commitment to the mission, as they celebrated Golden, Diamond or Platinum Jubilees. 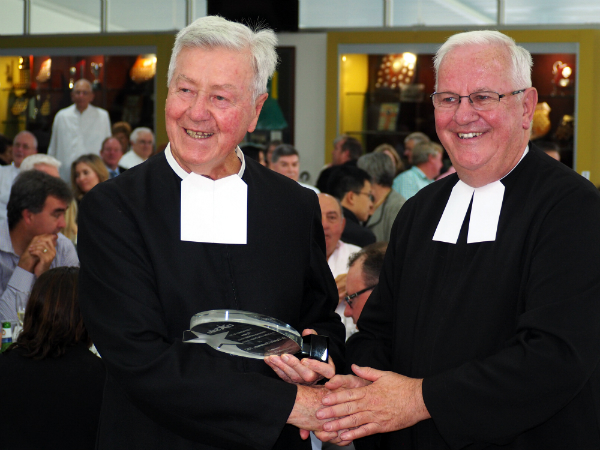 Between them, the Jubilarians have given 730 years of Lasallian service, spanning from South Africa, United States, Vietnam, Singapore, Sri Lanka, PNG, New Zealand and Australia. The Eucharistic celebration was led by Principal Celebrant, Father Brian Vale SSC, with the opening address given by Br Visitor, David Hawke.

The Homily was followed by a renewal of vows for the Brothers, continuing their promise of service and education for the poor.

A special mention was made of the late Br Michael Fitzgerald who passed away on May 4. He was acknowledged for his 62 years of dedicated service as a De La Salle Brother, as well as for his preparation of the Mass handbook.

Golden Jubilarian, Br Paul Rogers said: "The Golden Jubilarians have served under nine Visitors and all of them have a place in our memory bank. All have played a role in helping us develop, grow and contribute to our capacities. Special mention should be made of our current Visitor, Br David, whose idea it was to celebrate the Jubilees all together as a true celebration of our District." 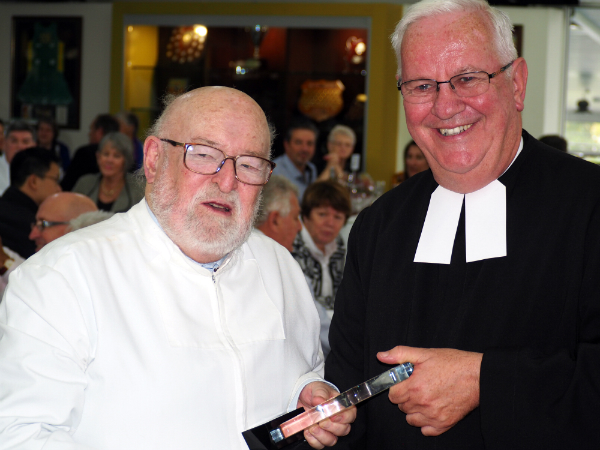 Brothers, family, friends and colleagues travelled far and wide to attend the celebration. Br Christian Moe, who is in his 96th year, travelled from Melbourne to be with the Jubilarians. Br Chris was the Jubilarians' first teacher in Scripture when they commenced their vocation 50 years ago.

"A religious vocation is a mystery in so many ways and I am sure that I speak for all the Jubilarians when I say that our reason for joining the Brothers has changed over the years.  Our early intentions were perhaps a tad idealistic, but a life well-lived changes everything and I am sure that none of us would want it any other way.

We joined a group of men whose focus was God and whose aspiration was to serve young people in the best way they could, and that became our mission in life," concluded Br Paul.

"The gift of vocation was not given to us all because we were better than others or because we deserved it. It was a gift that God made so that, with the same gratuity and the same love, we can put it to the service of the whole community, and especially young people." Pope Francis (quoted at a General Assembly, October 2014).