Eternal Rest of Mike Bailey Benefactor of the Institute 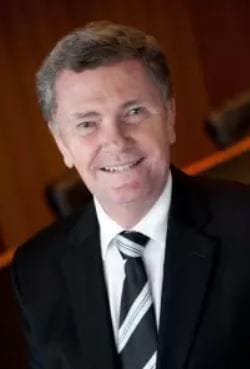 We pray for the eternal rest of Mike Bailey, who passed away after a recent stroke. Mike and his wife Helena were made Benefactors of the Institute for their services to and support of San Miguel, where he fronted several fundraisers, including the Champions of the West Annual Dinner.

Many will recall Mike as the weather presenter on the ABC for over two decades. In 2020 he was awarded an OAM in the Queen's Birthday Honours.

Click HERE to read a past interview with Mike where he talks about the impact that Lasallian education had on him.

May Mike rest in peace.