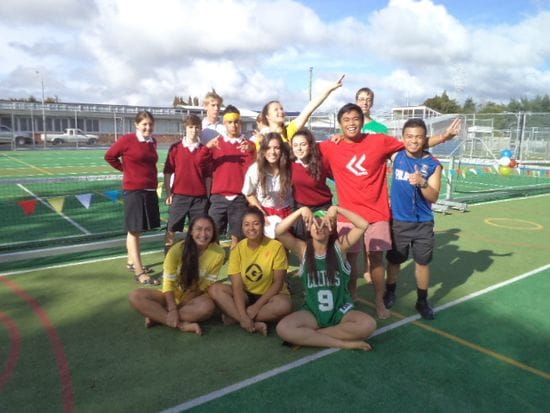 In recognition of its strong social justice programs, John Paul College in Rotorua has been selected as the host school for next year's Caritas Challenge in the Hamilton Diocese.

Through the annual challenge, Catholic schools engage in a sporting contest during Lent aimed at raising valuable funds for overseas aid projects.

Next year's challenge will focus on raising funds for poor communities in Cambodia and the Assistant Director of Religious Studies at John Paul College, Veronica Aislabie says there has been a lot of interest so far from students and staff alike.

"We have a few Cambodian students and one of our students' parents escaped from Cambodia as a child and we are hoping to involve them in the fundraising and for the stories to hear more about their stories", Veronica explains.

The Rotorua school is known for its rich cultural diversity and its Filipino students were heavily involved in a similar Caritas fundraiser last year after the Philippines was hit by a deadly typhoon.

The students coordinated a basketball competition that day and the Filipino community organised a dinner that evening to thank the students for their efforts.

The previous year, John Paul College students organised a Walk for Water program where an athletics relay took place for a full day around the school oval with students carrying cans of water to help raise funds for communities in the Solomon Islands struggling with poor access to clean water.

Veronica Aislabie says the Faith in Action program is a key part of the Religious Education program at the Rotorua school and is growing in popularity every year.

"It's a good example of youth leading the youth and the students have become really engaged with it, while at the same time, putting the Lasallian principles of faith, service and community firmly into action", Veronica explains.