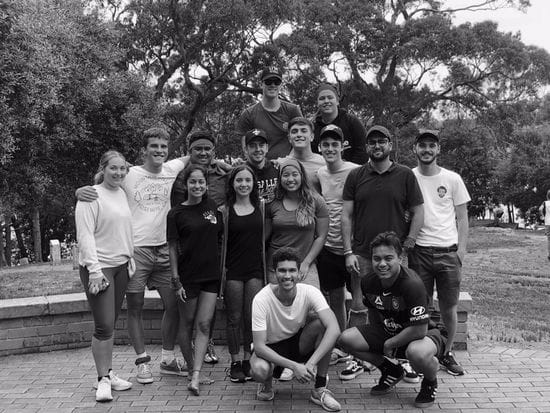 Lasallian Mission Services completed two camps in December, including the first Camp La Salle for female students in Australia, providing students with extra pastoral support at the end of their school year.

"It was a phenomenal success and a watershed moment the Young Lasallians programs," Amanada Proulx, Assistant Director of Formation, said.

Camp La Salle is a three-day program for students in years 7 and 8, requiring more trained volunteers and staff than other retreat programs and workshops. The success of these programs is especially due to the collaborative nature of the work at Lasallian Mission Services.

"We could not make it happen without a whole team to help us. There's a high staff to student ratio," Amanda said.

"I absolutely loved it, they were so good. You could see the schools chose students who were both very outgoing and very quiet. It was wonderful to see them all come together," Monique said.

"They made some good friends, which was cute. It was just good fun!"

The programs took place at the Youthworks Conference Centre on Gogerlys Point, surrounded by beautiful nature reserves and the waters of Port Hacking.

Students departed from LaSalle College, Bankstown and travelled via coach to the venue an hour's drive away.

Youth enjoyed a scavenger hunt, movies, talent show, the camp pool and trivia, among the many games and group activities. Prayer was also an important part of the program, after breakfast on the first two days.

The Young Lasallians staff led the program, strongly supported by a mix of male and female volunteers from previous Lasallian programs.

The first Australian Camp La Salle for female students follows such camps in New Zealand during the early 2000s under the direction of Br Owen Mason (+2012).