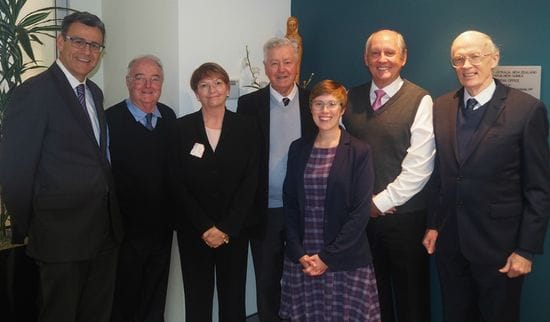 On Tuesday, June 6, the first meeting of the Gerard Rummery Institute was held at the Provincial Office.  This meeting initiates an exciting phase in a long history of Lasallian Formation for the ANZPPNG District, beginning with the establishment in 1990 of the Lasallian Centre at Narooma.

The focus of the meeting was to articulate the purpose of Lasallian Formation in the current context of our District and its diverse sectors, and thus the mission of the Gerard Rummery Institute itself. As well as honouring Br Gerard, the GRI acts as an accrediting body for Lasallian formation and professional development programs in the District, functioning as the formation committee of the Lasallian Mission Council.

One of the valuable characteristics of the group is the richness and diversity of the knowledge and experience of its members. In particular, Ms Rowena McNally and Dr Gerard Goldman bring their own significant perspectives to the work of the Institute.