Home >  Blog >  For a devout Catholic, it's the role of a lifetime

For a devout Catholic, it's the role of a lifetime 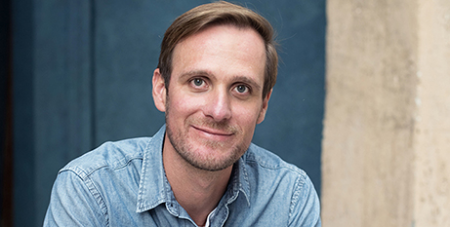 Mayet is visiting Australia helping to promote the event that attracts half a million visitors to his tiny Bavarian hamlet.

The Oberammergau Passion Play dates back to 1634 and is performed only once every 10 years, and each actor must be a native of Oberammergau.

"Everyone who takes part must have been born in the village or have lived there at least 20 years," Mayet said. So you really grow up into the passion play and into the faith and the ideas of Jesus.

"My great grandfather moved to Oberammergau in in 1890. He was a wood carver, a job that also has a long tradition in this village."

Mayet's love of theatre led to his career working in theatre production and publicity in Munich. He played John the Apostle in the 2010 passion play, and was surprised to be picked for the lead role for the coming performance, to be held in May 2020.

Rather than audition, tradition dictates that villagers register interest in the play, the director decides and the names of the players are posted on a notice board outside the theatre.

"My name appeared next to the role of Jesus and so I was really excited to play this role," he said.

Oberammergau's devout villagers (90 per cent are Catholic) first performed this play in 1634 in the hope that they would be spared the devastating effects of the Black Death plague that was decimating Europe.

Miraculously, the villagers survived the pandemic and as a token of their thanks to God, they have continued to perform their Passion Play every 10 years ever since.