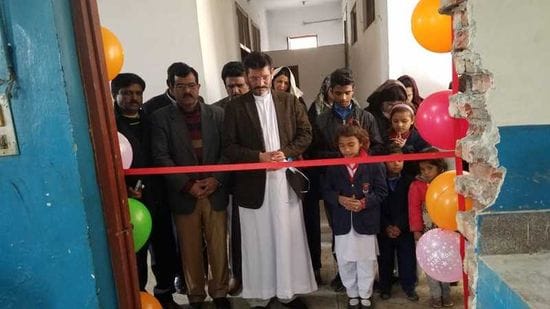 In the Lasallian world, La Salle High School Malkhanwala started some years ago on April 14, 2008. Prior to this, it was technical school which was closed. At the request and invitation of Most. Rev. Bishop Joseph Couttes, the De La Salle Brothers, took a radical step to open one more branch in the locality of Warispura, Malkhanwala. The first principal of the school was Br Christie Dorus who built the school up initially enrolling 31 students and 3 teachers.

La Salle High School Malkhanwala is situated in the heart of Ibn-e-Mariam colony, where the majority of people belong to the Christian faith. Most of the people are living the life of labourers; the majority of people in its surrounding are poor. Earlier locals were sending their children to La Salle Urdu and La Salle English Medium People's Colony FSD. Parents had to spend extra money for their children to attend these respective schools. But the opening of La Salle Ibn-e-Mariam School brought a sigh of relief to the community who started enrolling their children.

From September 2008 Br Shahzad George Gill, Sector Coordinator, took responsibility of the school. As the students' strength increased, new teachers were added to the staff. In the beginning, there were 6th, 7th and 8th classes, but afterwards 9th and 10th were also introduced.

At present, there are more than 300 students, 20 teachers, and 7 co-workers in the school.

During the past summer holidays, the following facilities were added to the school grounds thanks to the generous support from twinned school from Francis Douglas Memorial College.

The school entrance road has now been fixed, as the former one was falling apart and dangerous. This has helped to avoid accidents and enhances the entrance to the school.

The most urgent and greatest need for the school was the installation of a clean water plant which is now complete with students and staff having access to clean drinking water. The groundwater in most areas of Faisalabad is contaminated and is not suitable for drinking. It can cause diseases like diarrhea, hepatitis, and food poisoning; and other water-borne.

Previously the School had to purchase the sweet water for the students and staff from the sweet drinking water seller.

On behalf of the teachers, pupils and parents, I would like to thank Francis Douglas Memorial College, New Plymouth, the Lasallian Mission Council, and all donors for your contribution to the improvement of the facilities of La Salle High School Malkhanwala, Faisalabad. 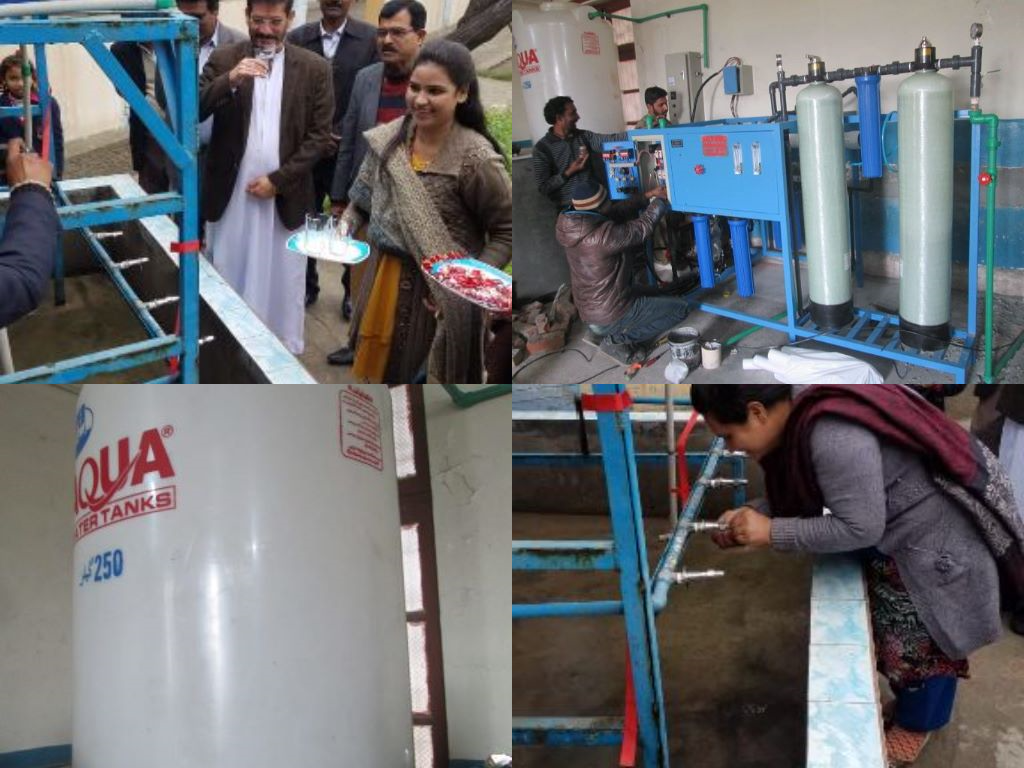