Posted by Tina Dalliston on 23 September 2019 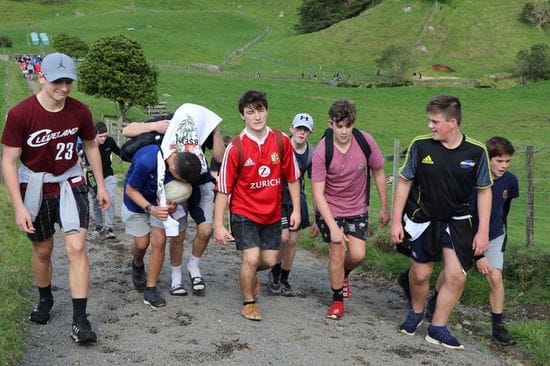 Every year, Francis Douglas Memorial College celebrates Mission Action Day (MAD).  In its present format, the day has been running since 2006 and in that time has raised at least $300,000 for overseas Lasallian charities.  On this day, students participate in a fun run/walk, for which they have collected sponsorship.  Our goal is to raise funds for a mission project.  Last year the funds were used in part to install a water filtration system at Malkhanwala Lasallian High School in Faisalabad, Pakistan.  Following the success of that installation, Principal Br Sajid asked if we would consider funding a similar facility at his school, and so it was decided that this year we would help to provide fresh drinking water for staff and students at Lasalle High School Campus 2, in Faisalabad, Pakistan.

On MAD day, 16 August 2019, students started the day with a liturgy celebrating the life of Father Francis Vernon Douglas.  Francis Douglas was a Columban Missionary Priest who served in the Philippines during World War 2, and was executed by the enemy for his faith.  The liturgy was followed by a School House singing competition and cultural performances by student bands.  514 students then began the annual 8km run, which takes them through the surrounding streets and over the school farmland.  Some students win spot prizes, but all are rewarded with a hot sausage or two as they finish their run.

This year, the students collectively raised just under $17,000.00, which will allow us to install the water filtration system at Lasalle High School Campus 2 as hoped.

It is a day of competition and celebration with peers, as we try to teach our students that as Lasallians, we embody the core values of our Catholic Lasallian Schools when we help others in our wider community who are not afforded the same comforts we enjoy.

Live Jesus in our hearts
Forever