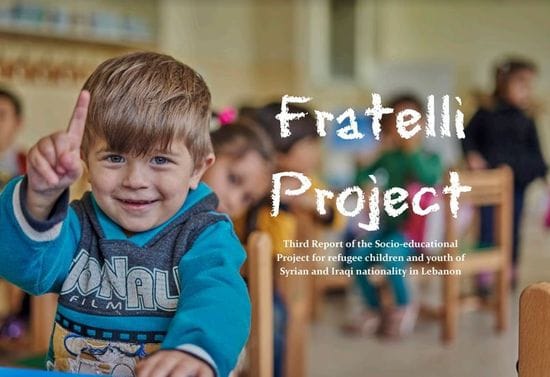 The year 2019 marks the eighth anniversary of the Syrian war.

For eight years, a bloody civil war has raged which caused the death or disappearance of about 500,000 people. The war created the most severe social, economic, and humanitarian crisis the Middle East has experienced. By land and sea, more than five million Syrians have left their homes. Of these, one million have migrated to the nearest country: Lebanon. At this same time, Lebanon was being inundated with
Iraqis fleeing to escape the religious persecution orchestrated by ISIS/DAESH in the Mosul region. It is estimated there are more than one and a half million Syrian and Iraqi refugees in Lebanon. For Lebanon's native 4 million people, this influx has vastly exceeded their capacity to provide appropriate refugee accommodations and social services.

The living conditions of many Syrian and Iraqi refugees in Lebanon are below the "extreme" poverty line. The main problems are insufficient or inadequate housing, lack of clean drinking water, food insecurity, and inaccessible education. Traumatized by the horrors of war still raging in their native country, only 58% of these refugee children between five and 17 years of age attend school.

It is in this context that, in 2016, the De La Salle and Marist Brothers chose to intervene with the creation of the Fratelli Project. Located in both in the city of Beirut and on the outskirts of Saida, the Fratelli Project welcomes refugee children from Syria and Iraq as well as vulnerable Lebanese children. It provides education to those who would otherwise not have access to formal education, helps those attending government refugee schools, and prepares youth for admission to public schools.

The two centers assist more than 600 children and young people per day (about 50% are female), aged three to 15. Normally, these children attend programs from Monday to Saturday. During the months of July and August, the regular socio-educational programs terminate and the summer school begins. This is followed by a summer camp that offers opportunities for recreation, creativity, art, and excursions for children. Both of these socio-educational centers offer professional psycho-social support, educational programming, training and professional development for young adults (often mothers or siblings of children), and sports activities in collaboration with Fundación Real Madrid.

This is the third report on the Fratelli Project. A unique direction has been taken for this report: it will be told by those who live it every day. Through their eyes, we will discover how the Fratelli Project makes a brighter future for hundreds of children and young refugees.