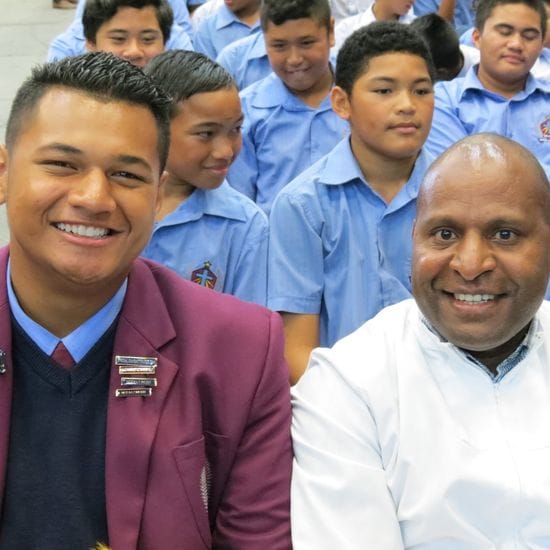 Growing up in the village of Tambul in the remote Highlands region of Papua New Guinea, Br Thomas Yapo never dreamed that one day he would become a De La Salle Brother teaching at a large all boys' school in Auckland.

"While  was born into a strong Catholic family, I didn't go to a Lasallian school and only first heard about the Brothers through Br Phillip Elwin from Australia who I met while I was undertaking my teacher training in Port Moresby", Br Thomas explains.

"I joined the De La Salle Brothers because I was personally touched by the life of the Founder St John Baptist de la Salle and particularly how he gave up all his possessions to devote his life to setting up schools for the poor".

Br Thomas took his final vows in 2005 and worked at La Salle Technical College for a number of years when it was known as the Hohola Youth Development Centre.

"I saw the centre thrive under the leadership of the De La Salle Brothers which led to a great expansion in the number of courses being offered across areas like hospitality, automotive mechanics and tourism", he said.

"The Brothers have made an amazing contribution to the education system in PNG which stretches back well before the country gained its independence from Australia in the 1970s". 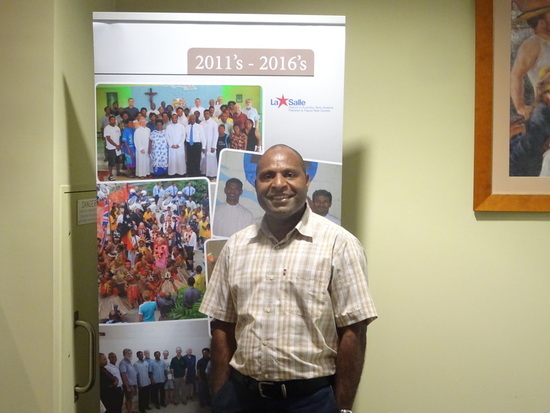 He concedes it took a little while to adjust to a new country with different customs and a different education system.

"But I soon felt at home at Mangere where a lot of the students come from close-knit Pacific Island families and I could easily relate to that, based on my own experiences in PNG", Br Thomas adds.

The PNG-born Brother will be returning to Hohola in August where he is looking forward to joining in the celebrations to mark 70 years of continuous Lasallian education in the country.

"It's amazing to think how much the Lasallian family has grown in PNG since four Australian Brothers arrived at Bomana in 1946", he said.

"We now have a broad network of schools and teachers colleges, bringing together around four thousand Lasallians".

Br Thomas believes the Lasallian family will continue to grow and prosper in future decades as long as there is an ongoing spirit of collaboration between the Brothers and the Lasallian partners.

"As Brothers, our numbers are very small, but the Lasallian partner numbers are very large, so it's clear we can't do the work on our own and we need to work together to continue growing the mission in PNG", he said.

"So we need to draw upon the skills and talents of the Lasallian partners to ensure we keep nurturing and sustaining a vibrant Lasallian culture across Papua New Guinea."