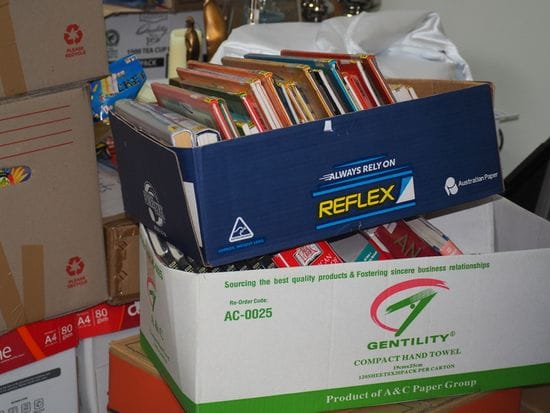 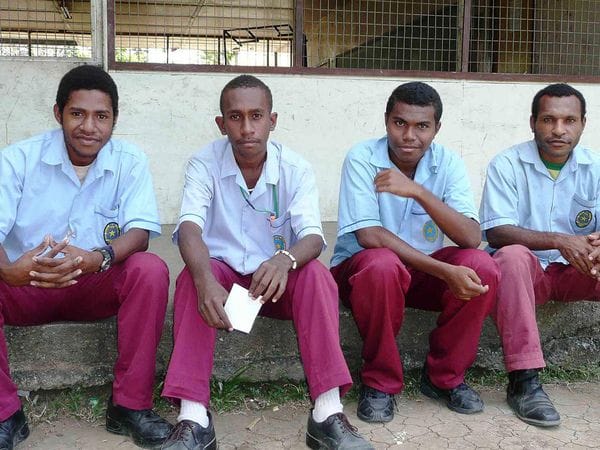 20 primary and secondary schools have donated books, furniture, uniforms, stationery and teaching resources over recent months to distribute to those in greatest need in PNG.

It follows a highly effective Stationery Drive in Term 3, led by Lasallian Youth Ministers across the eight Sydney Lasallian schools with students donating truck-loads of pens, pencils and other resources bound for classrooms in PNG.

We are most grateful to De La Salle College Revesby Principal, Mr Tim Logue for setting aside storage space at his school and to All Saints Liverpool and De La Salle College Caringbah for donating classrooms-worth of furniture as part of the resources campaign.

It comes after a highly successful campaign last year in which 11 Sydney schools made generous donations which have since been distributed to those in greatest need in Papua New Guinea. 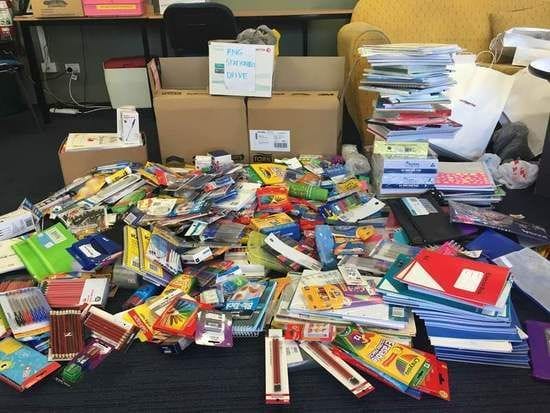 The Lasallian Mission Council is currently arranging a shipping container to accommodate the resources which will be sent to PNG early in Term 1, 2017.

Schools that would like to contribute to the campaign can contact the Lasallian Mission Council's Operations ManagerJulie Alibrandi or Communications Officer Michael Kenny.