Home >  Blog >  Br Thomas Yapo: "If you have a conviction that you want to do something for others, nurture it with positive attitudes and pursue it!"

Br Thomas Yapo: "If you have a conviction that you want to do something for others, nurture it with positive attitudes and pursue it!" 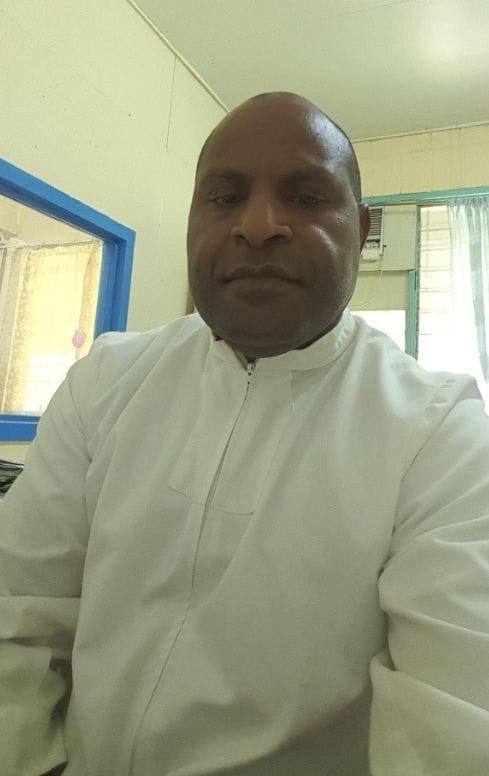 When did you join the De La Salle Brothers?

I came to know the Brothers in 1997 while at the Teacher Training College. In 2002, I began the initial formation of the Brothers and took my first Vows in January 2005.

Where did you become a Brother?

I began my postulancy program in Hagen; then I went with two others to Rabaul (Vuvu) at the Christian Brothers formation House then onto to Hohola when my two friends decided to leave. The next stage of the formation, I did in the Philippines before taking my first vows.

Why did you become a Brother?

He spoke to us about the Brother's life and their founder, St John Baptist de La Salle. De La Salle wanted to give hope to the young people by establishing schools and training teachers to teach them. He committed time, skills, knowledge and responded to the needs of the times. He made himself available for others especially the young people so that they gained salvation.I reflected on this, and I realised that, if I make a commitment to the Brother's life, I would be readily available to do more for the young people like the founder. This realisation made me to keep in touch with the Brothers for two years through snail mail.

I love and enjoy what I do in the school and its rewarding working with many young people. This is where I belong and I am called to this vocation.

Since joining the brothers where have your appointments or roles taken you?

Out of all of those roles, what have you been most proud of?

While working at De La Salle Bomana with Brother Antony, we have to some extent managed to address the issue of Generation and System which was deeply rooted in the school culture over many years. It is our hope that the next generation of boys will uphold the positive image of the school with pride.

What has been the biggest challenge?

The challenge is to help young people change their behaviour and help them adapt positive attitudes. To help them to change is the challenge. At least to make them realise that education is important.

What has been the best thing about being a Brother?

The best thing for me is to work with young people, and that's pretty good because I have the opportunity to journey with them.  I have also met many wonderful people, Brothers and lay partners which I think is something great because we have a common passion.

What advice would you give to someone who is thinking of becoming a Brother?

If you have a conviction that you want to do something for others, nurture it with positive attitudes and pursue it. You don't know what is in store for you.

What are the biggest challenges you face as a Brother in Papua New Guinea?

Who has been your role model?

Br Sir Patrick Lynch, KNZM has been my role model. He has a lot of wisdom and experience which he shares.

What have you learnt as a Brother?

One of the things that I have learned as a Brother is to adjust myself to other people and situations. If I'm not prepared to adjust, I will have difficulty working and living with others.