Home >  Blog >  History made with agreement over Luurnpa School, Balgo

History made with agreement over Luurnpa School, Balgo

Posted by Jordan Grantham on 7 December 2018 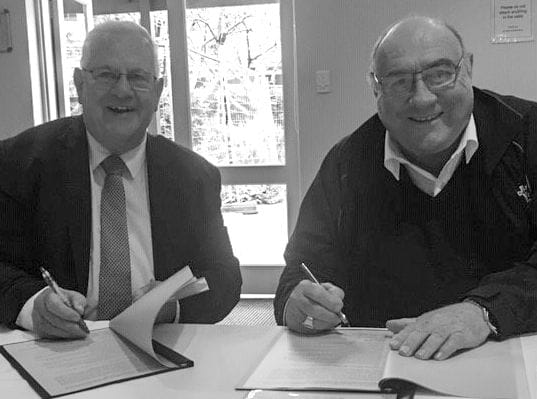 History has been made with an agreement about the provision of Lasallian Youth Ministers and Lasallian Volunteers at Luurnpa Catholic School, Balgo Hills in remote Western Australia.

The Lasallian family has worked with and supported the people of Balgo Hills for over thirty years, assisting in the establishment of the school, including the Kutjungka Trade Training Centre with local Indigenous Elders and leaders.

Bishop Christopher Saunders of the Diocese of Broome is himself a Lasallian, having studied at St Bede's College, Mentone.

This year one Lasallian Youth Minister and four Lasallian Volunteers will live and work at Luurnpa Catholic School.

The 2019 Lasallian Volunteers in Balgo will include Pearl Bartlett from from the United Kingdom, who worked at St Cassian's Centre, Kintbury, a Lasallian retreat centre for young people.

The 2019 Lasallian Volunteers in Balgo will also include Alexander Murrie and Leah McDonald from Oakhill College, Castle Hill and Gerard Kelly and Ryan Vaux from St Bede's College, Melbourne.

1. It is one of Australia's remotest Indigenous communities: 460 people a 3,100km drive from Perth, the state capital.

2. German Pallotine Catholic missionaries founded the town in 1939 but were soon classified as "enemy aliens" during WWII.

4. Balgo is a 'dry community' - alcohol is forbidden - except for the purpose of the consecration at Mass.

5. The Warlayirti Art Centre, Balgo has produced world famous art since Catholic missionaries introduced canvas and paint in the 1970s.