How the Vatican saved cricket

Posted by The Australian on 11 February 2019 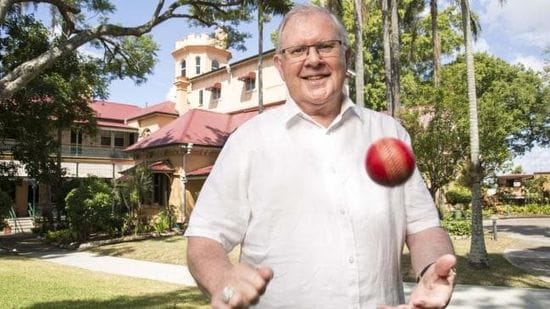 Mark Coleridge, Catholic Archbishop of Brisbane and a handy right-arm finger spinner in his youth, was preparing to take the field in a cricket match in a park surrounding Rome's picturesque Villa Doria Pamphili in the 1980s when a bemused local approached.

"What are you doing?" asked the Italian, casting his eye over the unfamiliar sight of players in whites, with wooden bats and leather balls, in the grounds of a Roman villa. "Are you shooting a movie?"

It was not an entirely surprising reaction. Cricket was virtually unknown in Italy at the time, having been outlawed by Benito Mussolini before World War II.

"There was always a bit of a crowd stopping to watch us playing," says Archbishop Coleridge.

Today cricket is much less of an oddity in Italy. The game is played at grassroots level throughout the country, mostly by migrants from the subcontinent, and last month Italy was granted full Twenty20 international status. The Italian national team is now ranked 27th in the world and fifth in Europe.

The survival of the game in a country where soccer is everything can be attributed to the likes of Archbishop Coleridge and other cricketers of the Vatican.

Simone Gambino, president of the Italian Cricket Federation, says the first documented game of cricket in Italy was played in Naples in 1793 among sailors of Horatio Nelson's Royal Navy. Others claim that it was played in Rome in 1720 and involved James Francis Edward, Prince of Wales, who was exiled to Italy from 1717 with all the Stuart court, the last Catholic monarchs of England.

Competitions officially started in the 1890s, with the formation of AC Milan and Genoa CFC. Their founders, British diplomats and businessmen, intended them as both cricket and football clubs.